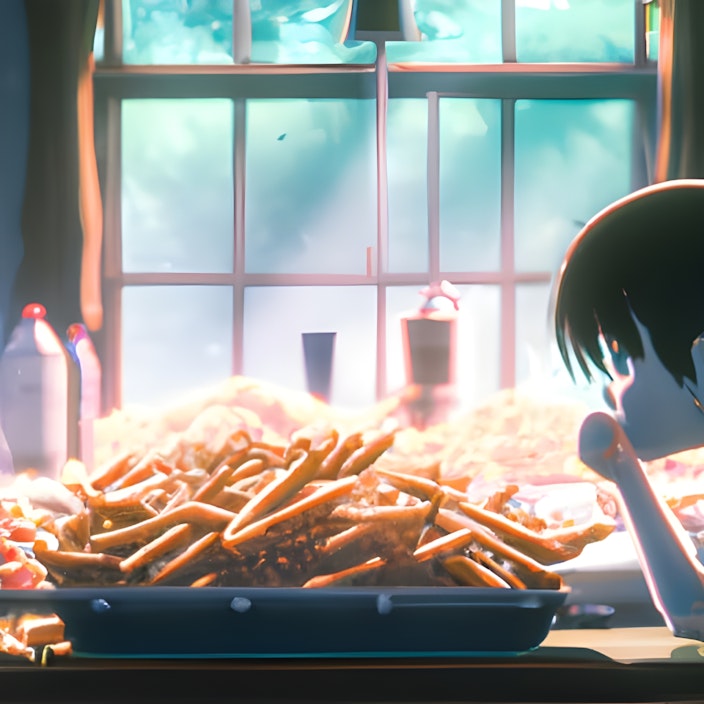 “There are not enough french fries” created by OpenAI DALL•E 2
Chip prices have lept amid a global potato shortage. Spuds, which cooks turn into chips and mash, are in short supply because of bad weather, war and lockdowns. As a result, the price of potatoes and their derivatives have gone up everywhere. In America, a 16oz (454g) bag of salty gut-growing potato chips costs 22% more than last year, while frozen fry prices are up by almost a third, the fastest jump on record. 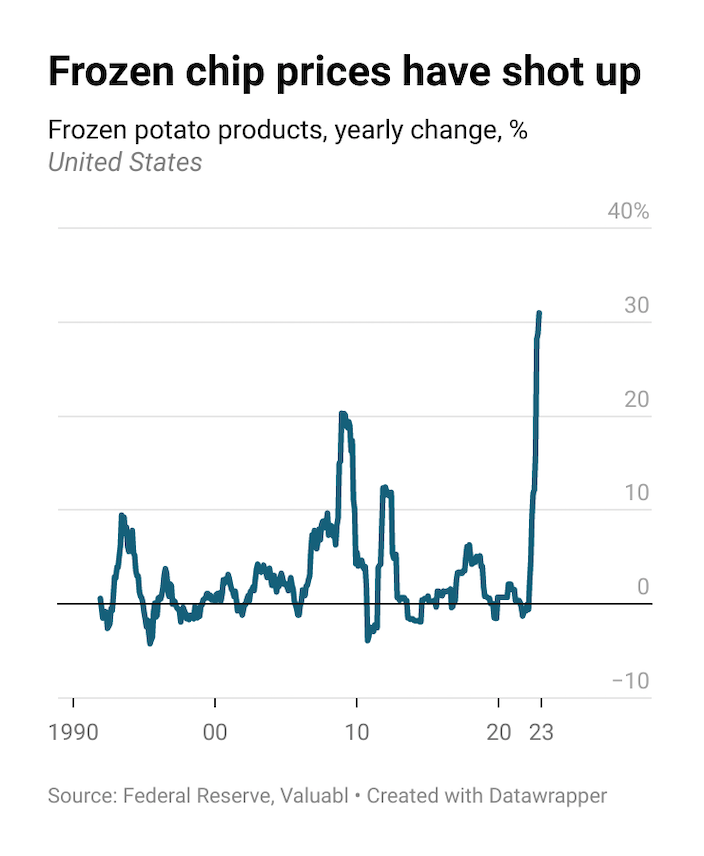 Inclement weather and supply-chain problems across the potato-growing parts of the world are to blame. Local spud supplies have been hammered, and the importable stock has dwindled.
In Australia, a country that imports over a quarter of the potatoes eaten, Woolworths, a supermarket chain, has introduced a purchase limit on frozen potato products. They warned prices might rise by up to a third as the long wet season meant farmers struggled to plant and harvest potato crops. Wholesale prices are up 25%.
Katherine Myers, a leader of the Victorian Farmers Federation, a lobby group, reckons that the country’s big potato companies would usually plan to bring in more spuds from Europe but “the surplus hasn’t been there this year.” A confluence of anti-potato forces has hit the world’s top potato-growing countries.
Chinese farmers, who harvested 22% of the world’s supply in 2020, have endured zero-covid policies which smashed supply chains. India has had horrible floods. Russia’s invasion hit Ukrainian potato production as farmers fled, fertiliser costs rose, and fewer seeds were planted. And the North West of America, the prime potato-growing part of the United States, has been hit by a heatwave and droughts. 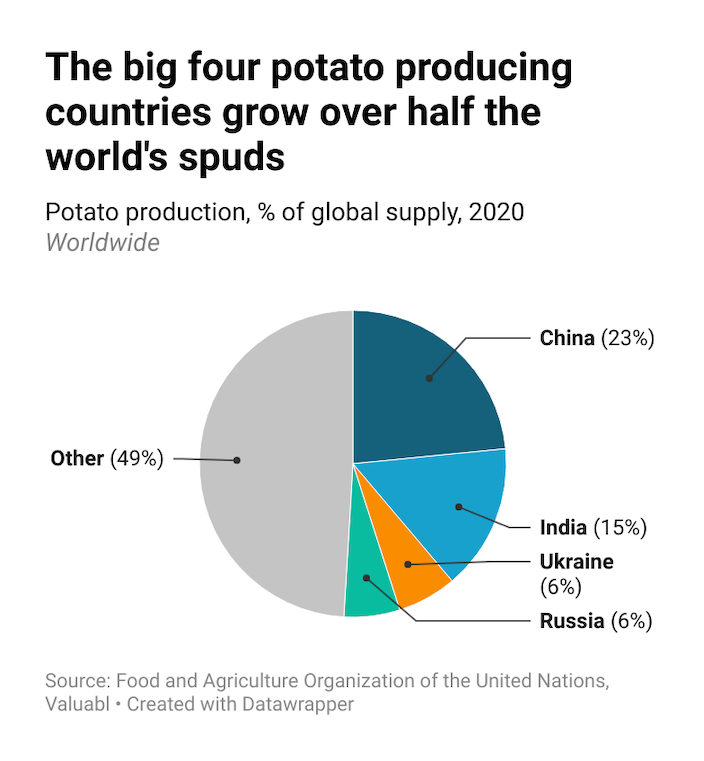 Ms Myers said she expected the shortage of frozen chips to continue throughout the year. “We’re really not likely to see good potato yields returning in the next 12 months,” she said.
Summer and Autumn are usually potato-cultivating seasons. But with Autumn fast approaching in the Southern hemisphere and supplies already short, there is little chance of catching up this year. While Northern countries won’t be able to build back their tactical tater reserves until the second half of the year.
“What I say is that, if a man really likes potatoes, he must be a pretty decent sort of fellow.” ― A. A. Milne