Paul Cerro@paulcerro5d
$18.1m follower assets
Layoffs are coming as companies focus on profitability
The news: A wave of cost-cutting measures, including layoffs and job freezes, is hitting the retail sector.
How we got here: With consumers flush with cash thanks to fewer ways to spend their money and an influx of stimulus cash, many retail and tech companies experienced a huge boom earlier in the pandemic that drove them to rapidly add staff to keep up with demand.
A stark contrast: Cost-cutting moves offer stark counterexamples to a still-tight labor market in which many companies continue to struggle to hire enough workers.
A tale of two growth trajectories: Slowing demand and growing digital ad and borrowing costs have quickly hindered many retailers’ growth trajectories. 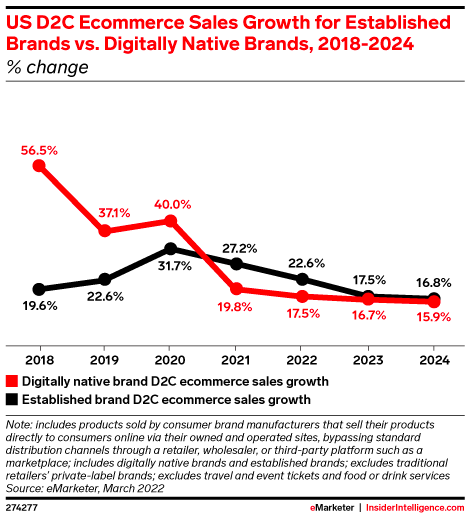 The big takeaway: It has been some time since there was a significant cost to borrowing money.
content-na1.emarketer.com