Edmund Simms@valuablJanuary 8
$29.9m follower assets
That shrinking feeling
Companies have used inflation as an excuse to trim sizes and cut quality. Economists, ever slower than shoppers, are aware of the first trick but are still being duped by the second.
••• 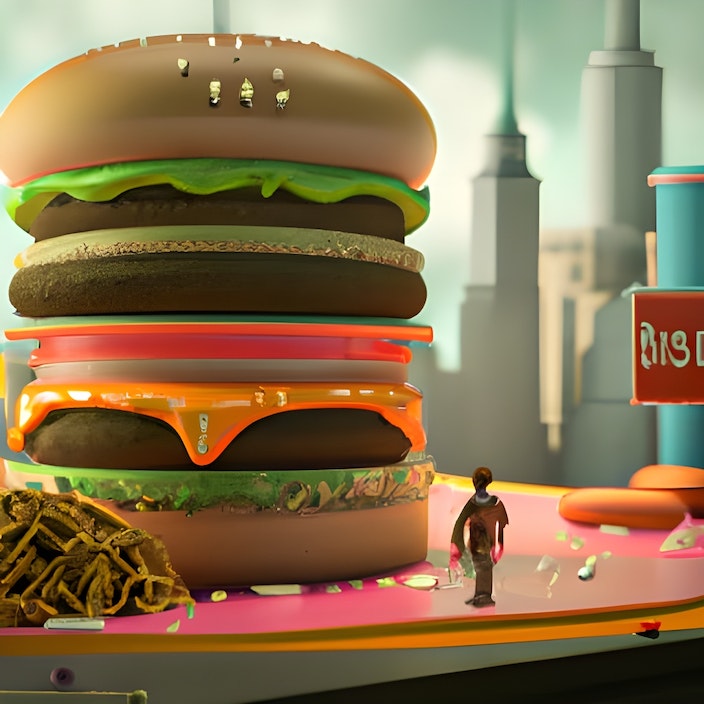 “Food sizes are getting smaller, but prices are going up” created by OpenAI DALL•E 2
Inflation is higher than people realise. Consumers and households, already stretched by higher prices and stagnant wages, are getting less bang for their buck as food companies cut the size and quality of their products. Standard inflation measures catch the first move but miss the second. Shrinkflation, a portmanteau of shrink and inflation which means to make products smaller but keep prices the same, is spreading.
Edgar Dworsky, who runs Mouse Print, a website and newsletter that calls out shrinkflation, reckons it’s dishonest to pass on a price increase that way and wants to expose it. In an interview with Marketplace, a segment on Minnesota Public Radio, he said, “if a manufacturer is reducing the number of ounces in their detergent, and it went from 100 ounces to 90, it’s done so inconspicuously that most people won’t notice. That’s where I come in.”
While he thinks the practice has spread, he also reckons consumers have cottoned on somewhat. And the data backs him up. According to Google Trends, searches for shrinkflation are at about their highest level ever. Households who see products, but not prices, getting smaller are trying to figure out what has happened. 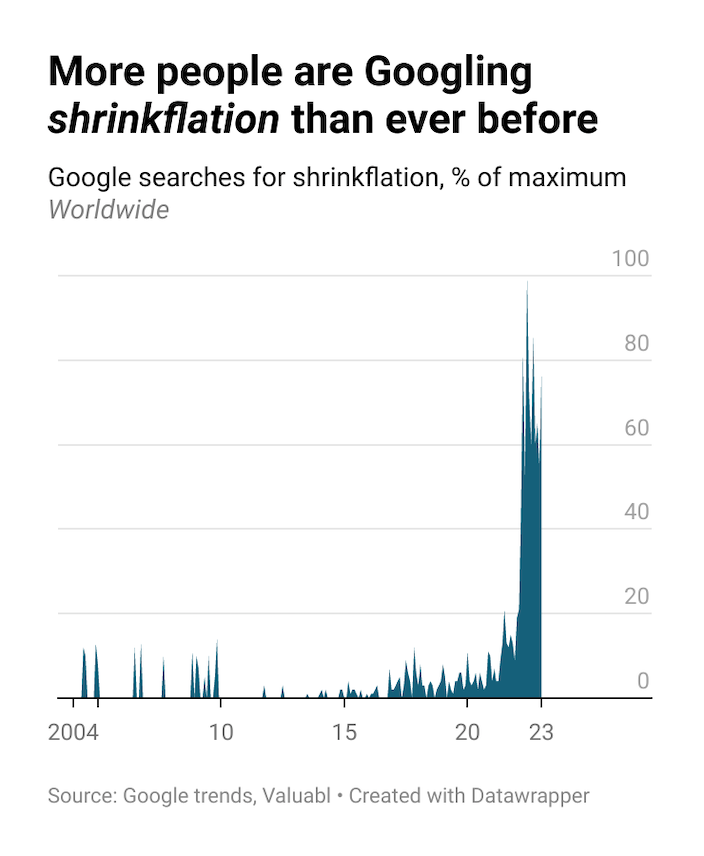 Mr Dworsky, while encouraged that consumers are more aware of shrinking product sizes, worries that companies are getting away with skimpflation—another blend of terms meaning using cheaper or fewer good ingredients in the same product.
In his latest piece, he exposed that Smart Balance, an American company that makes a boojee $8 tub of margarine, recently switched from a 64% oil recipe to a 39% one and presumably hoped sandwich-makers wouldn’t notice. But they did. As of publication, there are over 2,200 new one-star reviews for the spread on their website. The firm’s bosses apologised and claimed they changed the formula to make it spread more easily.
As good an excuse as any
The traditional excuse businesses trot out when confronted about shrink-or-skimpflation is that their costs have risen, and they need to protect their margins. But pre-tax profit margins for American companies are at their highest levels since 1950 and have been in an upward trend since the mid-’80s. 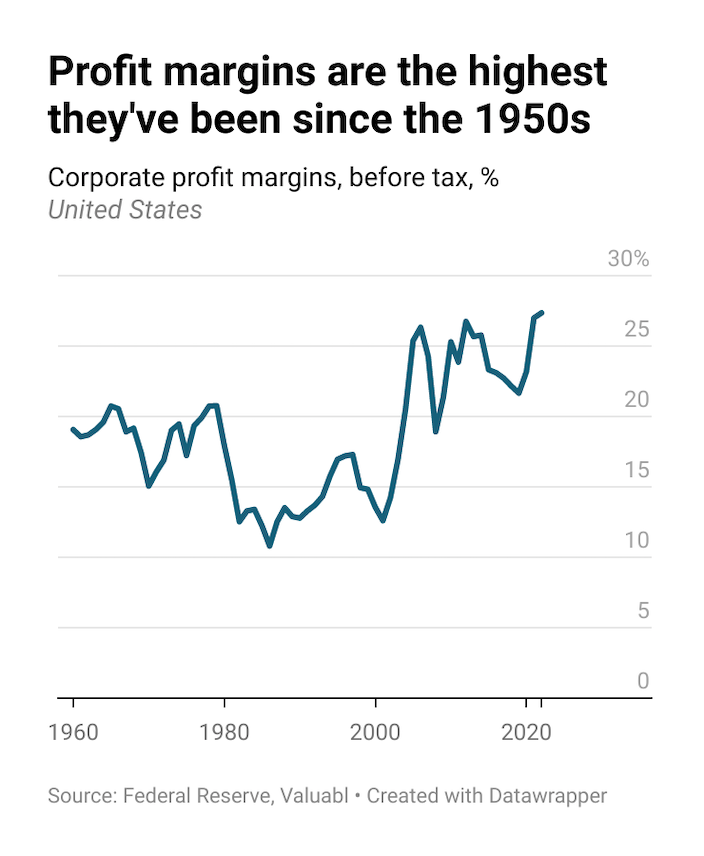 Bosses are using inflation as an excuse to hike prices and cut quality, but consumers are more aware than before and won’t put up with this for long. Economists, on the other hand, are still a ways behind.
“Give me a break… They [Smart Balance] were just trying to fatten their bottom line by using less oil.” — Edgar Dworsky

MAPsignals@mapsignalsJanuary 8
Shrinkflation is everywhere at the grocery store. Some examples I’ve noticed recently were packs of seltzer having less cans. Also chips and candy have reduced in size. It’s wild.
Nice write up!

Conor Mac@investmenttalkJanuary 9
Fantastic work sir, will get this wired over to Twitter later today!

Jazzi Young@jazziyoungJanuary 9
Skimpflation ! That's the word we've been looking for.
Intuitively knew the concept but never had the word to describe it !

Neil@couch_investorJanuary 9
Nice work! I had this conversation with my mom yesterday after she said "We're paying more, and getting less".