Invested Thought@investedthoughtSeptember 20
$1.6m follower assets
September Idea Competition - Alphabet ($GOOG, $GOOGL)
Introduction
"So, how may investors navigate the impending rising rate environment? Historically, highly profitable, well-capitalized firms perform best when financial conditions tighten."
Taken from Institutional Investor (March 2022), this statement outlines an empirically proven strategy for successfully navigating the uncertainty of rising rates and inflation.
Google fits the description perfectly yet suffers from investor uncertainty and trades around a 52-week low. This (temporary) dislocation creates an opportunity for investors to buy a great business at a discounted valuation.
Thesis
create a catalyst for outperformance in the next year.
yield dating back to 2004. This creates a great buying opportunity.
Resilience and Moat
In twenty years, Google has reported just one quarter of revenue declining Y/Y. This type of resilience is enabled through a durable moat. Google Search has maintained monopolistic market share over the last decade, and there remains a lack of convincing catalysts for this to change.
** 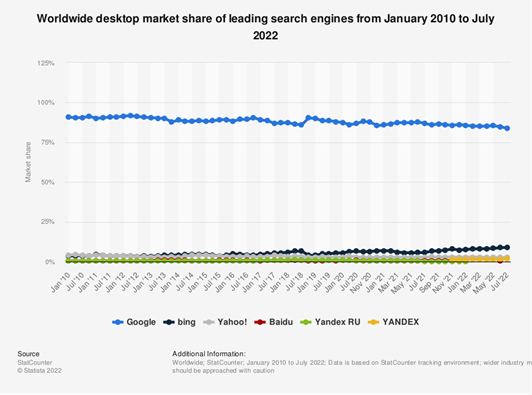 **
Among the threats frequently mentioned are:
For YouTube, the advantage of an 800 million video archive of user generated content creates a tough hurdle for competitors to overcome. The traditional format also caters
to a different use case versus TikTok with longer form videos. Meanwhile, YouTube Shorts is proving to be a capable competitor with over 1.5 billion monthly users less than two years after its launch.
Google Cloud, though dwarfed by AWS and Azure, has demonstrated an ability to gain market share. The cloud transition remains in early stages, with spending expected to double by 2026. While a longer-term tailwind, Google Cloud’s performance continues to be strong and outpaced rivals in Q2.
** 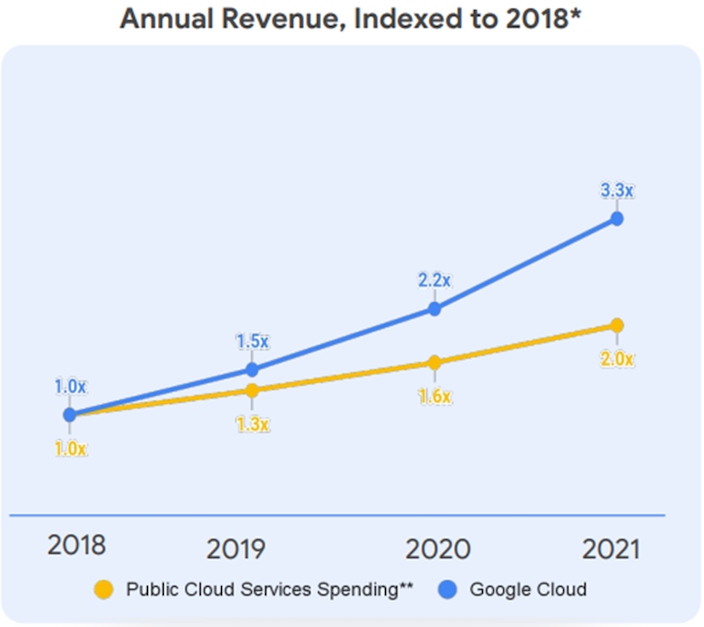 **
Google’s core businesses hold sustainable competitive advantages, which should serve the company in an uncertain environment. Google Search and YouTube remain proven, high ROI advertising channels while Google Cloud benefits from structural tailwinds within cloud.
Revisions as a Catalyst
In the shorter term, a company’s performance against consensus estimates drives the stock price. Recently, analysts have revised EPS estimates for Google significantly downward:
Google's stock has dropped 30% compared to negative revisions of ~15% (multiple compression). Continued earnings outperformance coupled with a potential multiple re-rating (likely if it beats estimates) create catalysts for outperformance in the next year. Despite the economic environment, I believe Google has a great opportunity to beat estimates, particularly in light of the company’s strong Q2 performance, a period when many advertisers exhibited weakness.
Risks
On a one year horizon, the primary risks seem to be:
Valuation
Google is undergoing its largest drawdown in the last decade. 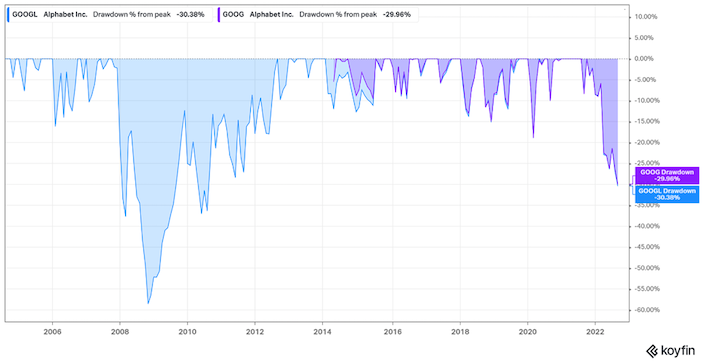 So, how much is the market asking for a piece of the business? Compared to peers and historical multiples, it seems reasonable. Reversion to the mean can be a powerful force in markets. 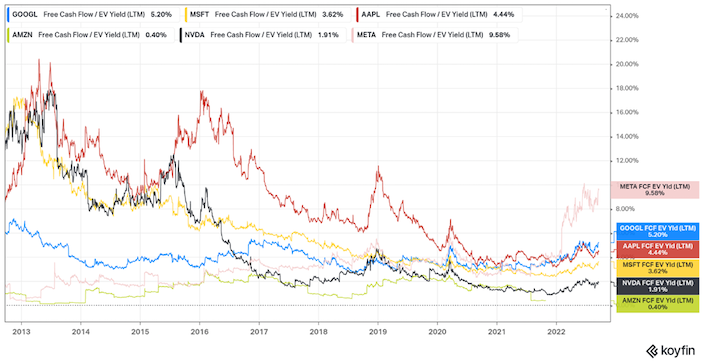 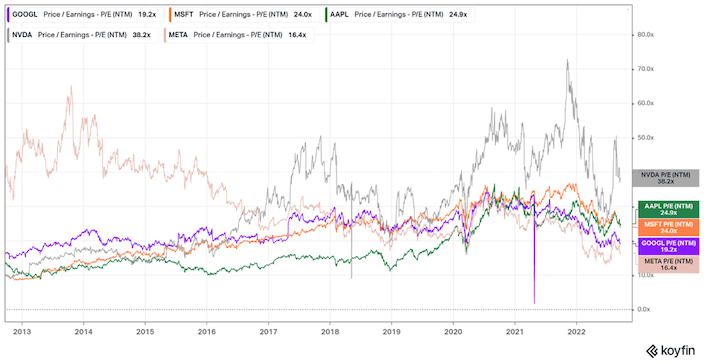 Conclusion
At its core, investing is simple: buy great businesses when Mr. Market offers a bargain. Google trades at a meaningful discount to peers and its historical average FCF yield, yet it remains one of the best businesses in the world.

Conor Mac@investmenttalkSeptember 20
Excellently condensed! I must say i thought 750 would be tough but people are getting so creative with it and they are a pleasure to read :)

StockOpine@stockopineSeptember 20
Thank you for the analysis @investedthought . Great pitch in only 750 words. Imagine what could happen when Cloud segment turns profitable.

Invested Thought@investedthoughtSeptember 20
Author
@stockopine Thank you! 750 words was quite killer for a big guy like Google! At the end of the day, I thought it most appropriate to focus on high level resilience and valuation as most people know the business and can see recent results.
Cloud is very interesting, particularly with the different approach they've taken vs. AWS / Azure. They're in much earlier stages and it holds a lot of promise. Smart move by mgmt to invest early and gain scale rapidly.

SLT Research@slt_researchSeptember 24
Great job @investedthought! It must have been so complicated to only keep 750 words. I could not agree more with your conclusion.