Sidni Standard@sidnistandardJuly 26
$28.1m follower assets
Heeding the wisdom of Bablyon
Financial literacy is unfortunately not something that most people have. I am one of those people, and I learn more each day, but it troubles me that such practical advice is not preached from the metaphorical mountaintops. The harsh reality is that I don’t believe financial literacy is taught for one reason: it keeps people enslaved. I just finished another reading of The Richest Man in Babylon, by George Clason, and in those times, not spending, saving & investing one’s money effectively could result in that individual (and possibly family members) ending up as slaves to account for their debts. While someone won’t become a literal slave today because they lack financial literacy, they lose their freedom because they have nothing to show for all of their work. In a culture focused on ego and materialism, people go broke trying to prove to everyone else that they’re rich.
Commonstock is great because it enables people who have a desire to accumulate wealth to congregate in one place and share what they learn in the hopes of helping someone out, connecting with others, and we can’t forget the good ‘ole ego stroke. When I initially joined I was scared shitless posting memos that I’d done adequate research on, but deep down felt weren’t good enough. Little did I know, this was because I still hadn’t grappled with my own lack of financial literacy among a sea of people who seemingly had it “figured out.” I’d been reading the books, listening to the podcasts and audiobooks, and joined a community focused on investing, but had yet to deal with my deep-rooted subconscious belief that I did not see myself worthy of acquiring wealth. It’s easy to point the finger and say that someone is “dumb”, “stupid”, or “irresponsible” for not handling their money correctly, and it’s an entirely different thing to uncover what a person’s subconscious money beliefs are, and start building new ones that align with the creation & retention of wealth.
Ultimately, it is up to the individual to decide that they want to change their life, but I can’t help but think that there are ways to subconsciously encourage people to do so. To me, this means putting messages in the movies, music, tv shows, and books we consume, but that also requires a massive overhaul of the current entertainment industry. While this is not impossible, it will definitely take some time. In the meantime, I’m doing what I can to help myself so that I can help others—as is what most people do. That being said, the five laws of gold from Clason’s book have become my new money manifesto, and if you haven’t heard of them, here they are below:

All in all, I believe that no matter where you begin if you have a burning desire to do something you will find a way to do it. Napoleon Hill first made this known to me, and I am determined to see it become my reality because now I believe I’m actually worthy of it. Commonstock helps anyone to ensure that 2-5 are carried out, but it is up to the individual to ensure that they are carrying out number one.
People say they want to become wealthy, but how many actually believe they can and follow through with the proper action? If you’re like me and are starting from ground zero, know that you took a significant step by joining the Commonstock community and that “Rome was not built in a day,” so don’t expect your portfolio to be valued at a billion in a day. Wealth takes time, and you are worth it! 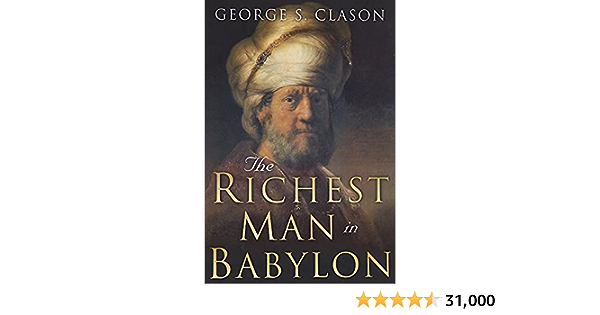 Joey Hirendernath@joeyhirendernathJuly 27
Hi Sidni thank you for sharing your personal journey and the steps you are taking towards your growth.
I agree 100% that the individual has to take an active role in being curious and learning about finance. Although not taught in schools budgeting, investing and taxes plays a key role in a holistic education. I too joined Commonstock so I could learn from and connect to a community that promotes prudent investing, financial freedom and financial literacy.
Adding Clason’s book to my reading list 📕

Sidni Standard@sidnistandardJuly 27
Author
@joeyhirendernath of course!!
It's so important to take charge of one's financial future and not be a victim to inherited lack mindsets around money. Glad we both found a place where we can learn & grow financially!