Edmund Simms@valuabl5d
$29.3m follower assets
Cost of capital | November 24th 2022
Interest rates are finance’s most important yet misunderstood prices. Here’s what happened to the cost of money in the past fortnight.
I also share this as a thread on Twitter and for free in Valuabl, my twice-monthly newsletter.
•••
Stock prices rose last fortnight. The S&P 500, an index of big American companies, climbed 7% to 4,004. Investors added $5trn to global equity markets (see: Global stocktake) as inflation-adjusted interest rates fell. The market has bounced back from its recent lows but is still down 15% in the past year.
I value the S&P 500 at 3,851, which suggests it is 5% overvalued.
S&P 500 valuation model
The companies in the index earned $1.8trn after tax in the past year. They paid out $506bn in dividends and $1,041bn in buybacks and issued $74bn worth of equity. Analysts reckon their earnings will rise to $1.9trn this year and $2trn next. 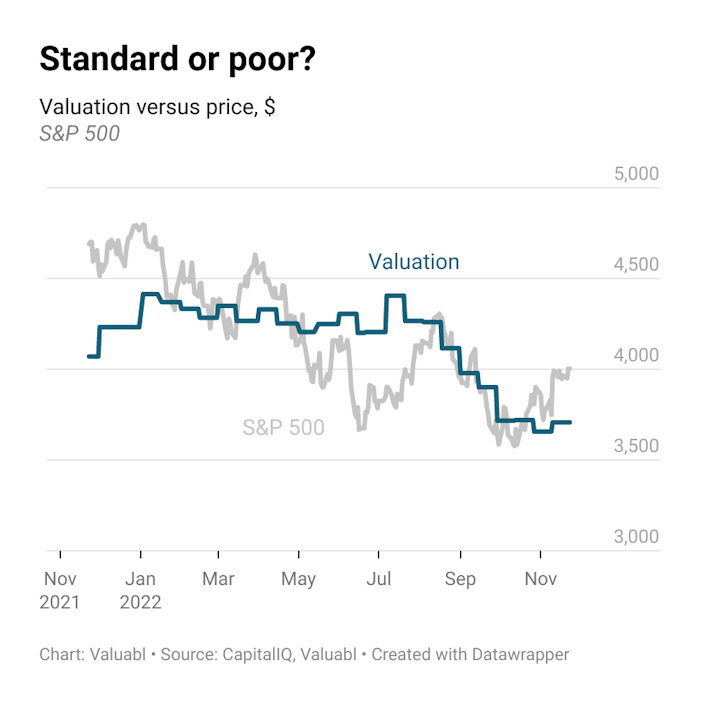 Government bond prices rose. Yields, which move the opposite way to prices, dropped again as inflation expectations fell. The yield on a ten-year US Treasury bond, a critical variable analysts use to value financial assets, fell 36 basis points (bp) to 3.8%. Investors expect inflation to average 2.3% over the next decade, down 10bp from the rate they expected last fortnight.
Hence, the real interest rate, the difference between yields and expected inflation, dropped 26bp to 1.4%. These inflation-adjusted rates rose 2.4 percentage points in the past year and are about the highest they’ve been since 2010. 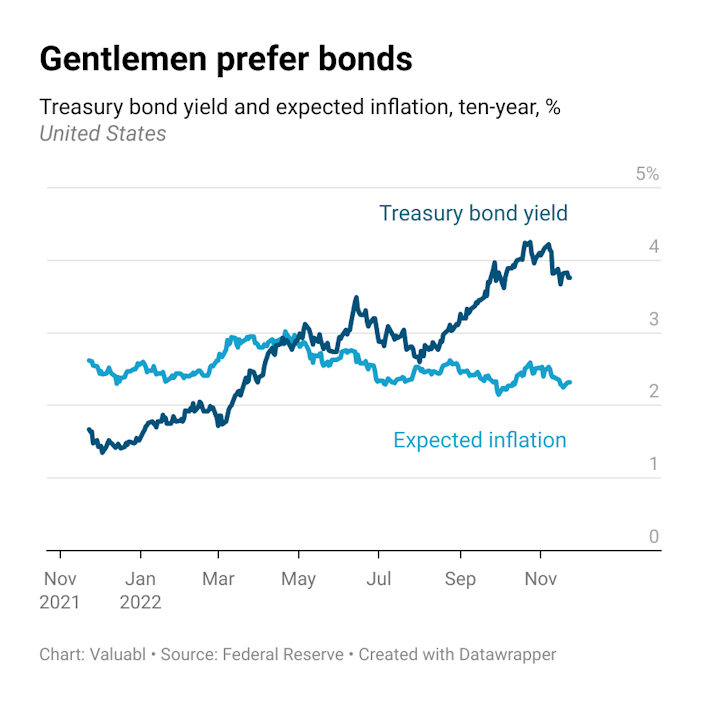 Corporate bond prices also rose. Credit spreads, the extra return creditors demand to lend to businesses instead of the government, dropped 20bp to 1.8%. The spread on these BBB-rated bonds is up 59bp in the past year.
The cost of debt, the annual return lenders expect when lending to these companies, dropped 56bp to 5.5%. Refinancing costs have almost doubled, up 2.7 percentage points, in the past year. Lenders now charge firms about the highest interest rates since 2009. Many firms that came to rely on cheap debt in the past few years won’t survive. 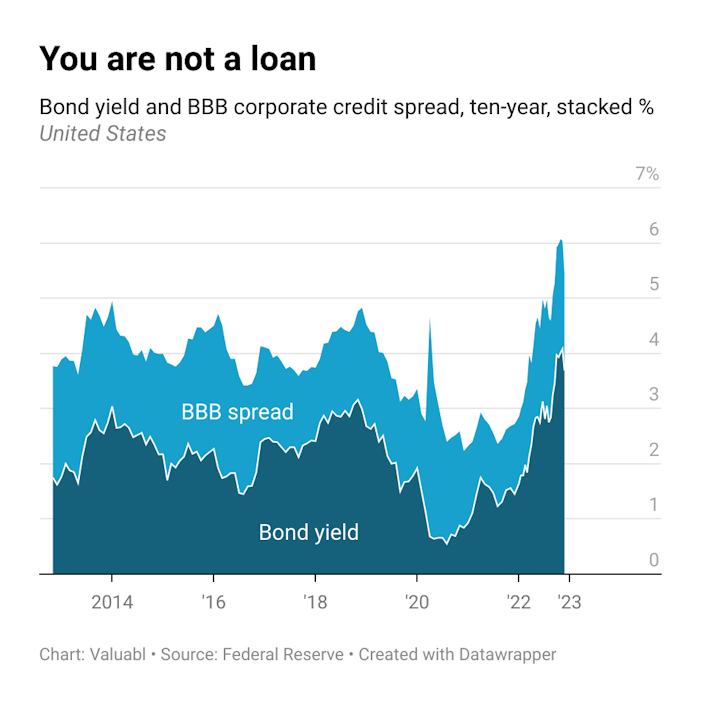 Equity investors are fairly optimistic. The equity risk premium (ERP), the extra return investors demand to buy stocks instead of risk-free bonds, dropped 17bp to 4.9%. They’re now just 32bp higher than where they were a year ago. Similarly, the cost of equity, the total annual return these investors expect, fell 53bp to 8.7%, 2.4 percentage points higher than last year. 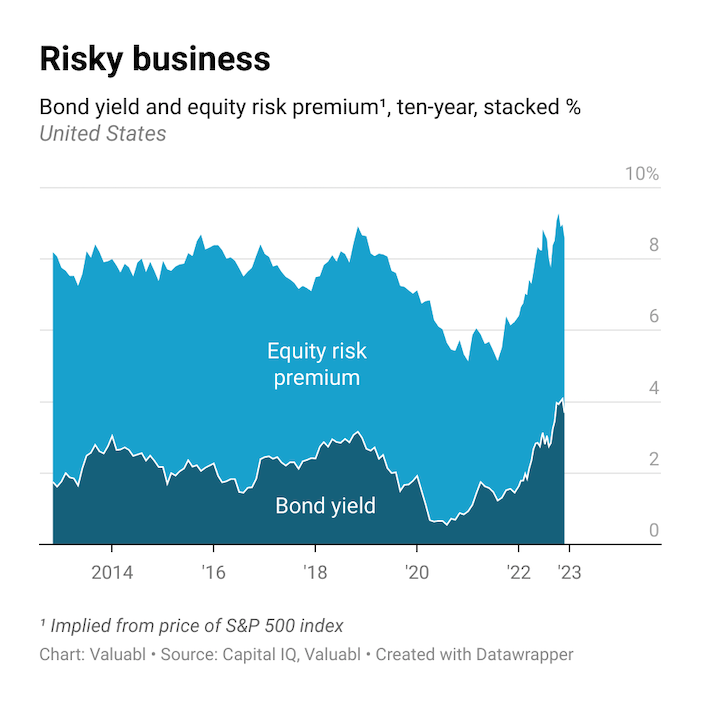 docs.google.com
No comments yetBe the first to add your insight!