Bob Dylan@bobdylan68July 27
My e-mail response to a Ray Dalio video…
Ray’s best point as of recent is bringing up the potential scenario that neither side accepts losing the 2024 US election...
I’m still astonished how many people couldn’t comprehend the concept of inflation despite printing a WWII deficit without a single bullet being fired and central banks clearly tripling down on the monetary problem. At the same time though, I was surprised 74 million Americans voted for Trump in the 2020 US election.
If the Fed is going to raise rates as much as possible to halt inflation during the early inflationary benefits of a recession, that being less demand for high commodity prices, which we’re already seeing, and then less consumer spending, which will likely happen this winter, especially in Europe, with the sole purpose to lower rates again during the heat of a depression, like 1.5-2 years from now, then why wouldn’t they raise rates close to 5% in the near term?
Zeihan mentions that North America - US, Canada, and Mexico - are close to par with China in terms of manufacturing. So, one tweak solution is to really free up the NAFTA agreement, which will face political headwinds, even in today’s environment with Biden and Trudeau.
https://youtu.be/_zt66z_F8Ns
Economies are going to become more regional, mainly for national security reasons, which means the cost of doing business is going to be persistently high in the medium to long term, until the logistics of doing business closer to home and automation, etc. catch up over the next decade or so.
The other issue nobody is talking about in the markets is the Democrats are likely going to lose the House, so the US will likely be entering another Congressional gridlock at the cost of the Republicans trying to win the 2024 election. Essentially, the next two years is about self sabotaging the US economy and blame Biden 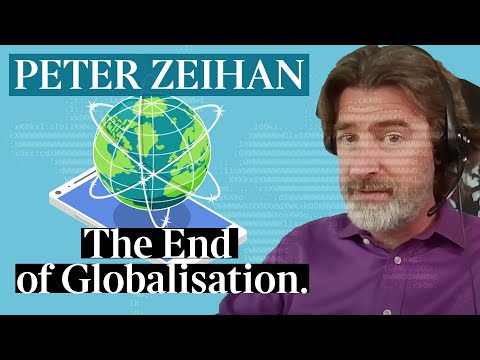 Peter Zeihan: The end of the old world order, and what happens next
On the hottest day in British weather history Stig Abell sat down to speak with Peter Zeihan. Peter Zeihan argues that we are heading towards a period of deg...
YouTube
No comments yetBe the first to add your insight!