Abstract Investor@abstract4d
$17m follower assets
Look to Israel For "Extremely Hardcore" Tech Stocks
As recently turned profit-sensitive tech investors who love complaining about stock-based compensation expenses, I have a suggestion:
Consider Israel for tech stock picks. Many are US-listed anyway.
Now some of you might ask, why on earth should I consider investing in Israel? Frankly, the last 5-10 years have shown some excellent businesses popping out of the country with "extremely hardcore" engineering pedigree to quote Chief Twit and Internet Daddy, Elon Musk. 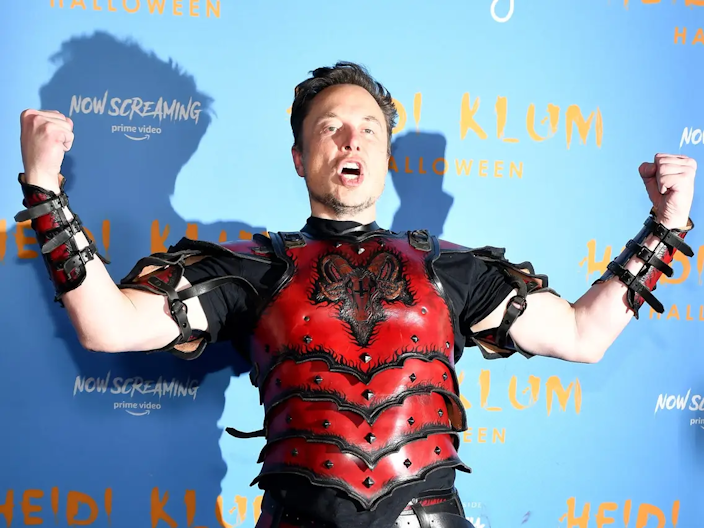 Source: Noam Galai/Getty Images
There are more reasons I'll get to, though.
While Silicon Valley has been getting used to micro-roasted cafe lattes, reservations at the finest sushi joints, and afternoon sleep pods, a handful of geographical locations outside the United States have gotten seriously competitive, very quickly, on the global tech front. India seems to be picking up on effective global SaaS operating out of Bangalore, Southeast Asia's startup scene is thriving in Jakarta and Ho Chi Minh, and Israel has outright been competing with US-based tech for a long time.
Look at $SEDG , $MNDY, $FVRR, $CHKP, $INMD, $GLBE
I just named a solar tech microinverter leader, a B2B workflow SaaS, a leading gig-economy platform, a leading cybersecurity company, a medical device innovator, and an e-commerce cross-border enablement platform. All are multi-billion $ players that are HQ-ed in Israel. Why have they made it to the global scale and are minting money in the United States and beyond?
I'll be a bit crude now. Engineering salaries are cheap in Israel. At least, a lot cheaper than in Silicon Valley. In any major technology company, more so in software and high gross margin platforms, the bulk of expenses on the income sheet comes through in engineering salaries and sales/marketing expenses. Silicon Valley employees have had to be compensated for astronomical home/rent prices in the region, compounded by the fact that the suburbs are built flat, rather than upwards such as in a place like Hong Kong. Add up commuting expenses, cars, and gas, and it adds up a lot. This salary weight on the income statement eventually drags on re-investing in growth and market capture for an innovative player.
Post-pandemic, distributed workforces, Zoom calls, and working from anywhere have become the norm. With California as the historical epi-centre of tech innovation, there's been a steady trend to now favour Austin or Miami in recent years as upcoming tech hubs offering better salary/lifestyle balances and lower taxes. I won't even get into the decline of San Francisco. To add, great tech education is freer and increasingly commoditized now, and the Stanford+Berkeley 1-2 punch is perhaps not the exceptional relative engineering advantage that it once was. That said, Technion and Tel Aviv University in Israel do seem to be cranking out some exceptional engineers and business leaders.
Monday(dot)com ($MNDY) has been a long favourite holding of mine, it arguably offers a better workflow platform compared to Asana ($ASAN) going by my analysis, is growing sales faster, and is doing so with significantly less cash burn. It's not just salary arbitrage, it's also about quality engineering and business execution that clearly exists in places like Israel. Community review platforms rate Monday higher on most criteria too.
As someone who studied mechanical engineering in London, lived in Jakarta/Singapore and is currently operating out of India, there's an immense focus on work ethic in emerging markets that I've come to deeply respect when comparing things to the West. By observation, Asia is "extremely hardcore" when it comes to just working long hours. Now they have foreign returning partners operating the growing local branches of Sequoia, Accel, Lightspeed, and other venture capital funds offering crucial know-how on how to build the local next big thing. And for that reason, Asia will have market pockets that are worth investing in for years.
For now, with the global public markets, I find Israel to have the right qualities of high engineering and global execution that make it a very investable tech geography. With the renewed focus on free cash flow and earnings, it's only rational to see that Israeli tech just has an operating leverage advantage that is going to prove to be very useful in this difficult macro where profitability has taken the reigns again.
What do you think? Drop a comment

Sidni Standard@sidnistandard4d
This is very interesting. Posts like this drive home how culture in the US is absolutely destroying the competitive advantage we once had in terms of innovation as well as the notion of American Exceptionalism.

Abstract Investor@abstract2d
Author
@sidnistandard As an outsider it's interesting to see what's happening in there too. Seems to be happening in microcosms first within the US such as California vs Florida/Texas. It's not about politics IMO. It's about understanding the broad economic and human progress globally thanks to the free market system. That should be in everyone's interest. Chile is a fascinating case study of a country that embraced it openly, and you can see the radically different economic/social stats between them and other South American countries.
Instead of admiring business success, it seems like many folks especially at universities there have gone to outright despising it factoring it off as a race/privilege/ideology thing. Life is poker. You have cards, and that's your luck. But it also depends on how you play those cards. Optimism and making the most of what you've got are underrated philosophies. India has a great attitude that way that should serve them well in the next decade despite our internal problems.

Abstract Investor@abstract2d
Author
@wjared Love loads of them but didn't list all above. I actually own $S. It's supremely underrated, operating in a properly hardcore cybersec pain point. Should grow for years.