Paul Cerro@paulcerro4d
$37.6m follower assets
Russia's Weekly Oil Exports Slump Back Down After Surge
Aggregate volumes of Russian crude slumped by 820,000 barrels a day, or 22%, to 2.98 million in the week to Jan. 20, giving up most of the previous week’s gain. The biggest drops were in flows from the Pacific ports, with smaller declines in Arctic and Black Sea exports. Baltic shipments were stable. 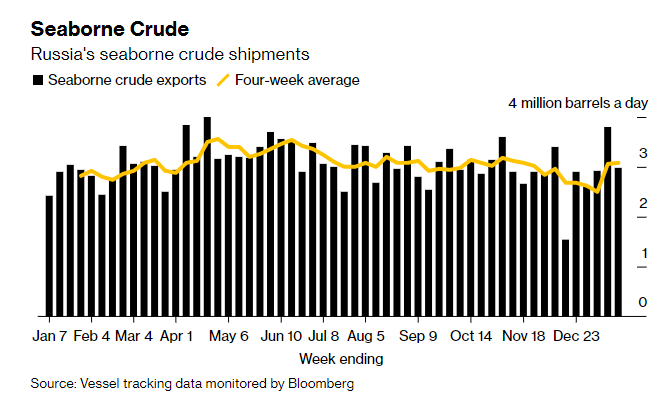 Crude Flows by Destination:
On a four-week average basis, overall seaborne exports edged higher by 22,000 barrels a day compared with the period to Jan. 13. At 3.08 million barrels a day, the measure was the highest since November. 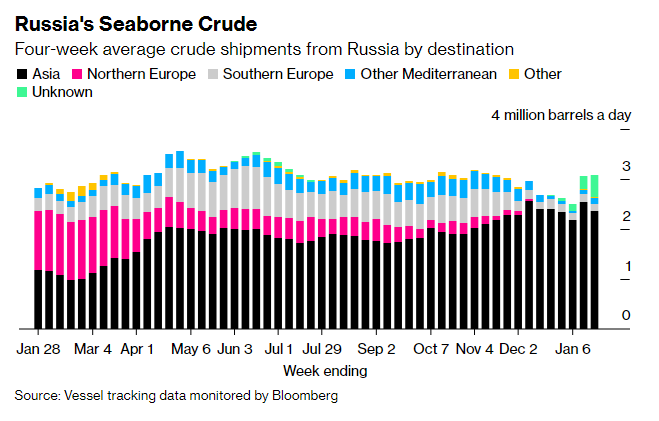 The volume of crude on vessels heading to China, India and Turkey, the three countries that emerged as the only significant buyers of displaced Russian supplies -- plus the quantities on ships that are yet to show a final destination -- edged higher in the four weeks to Jan. 20 to average 2.9 million barrels a day. That’s up by 64,000 barrels a day from the period to Jan. 13, and the highest since Bloomberg began monitoring the flows in detail at the start of 2022. 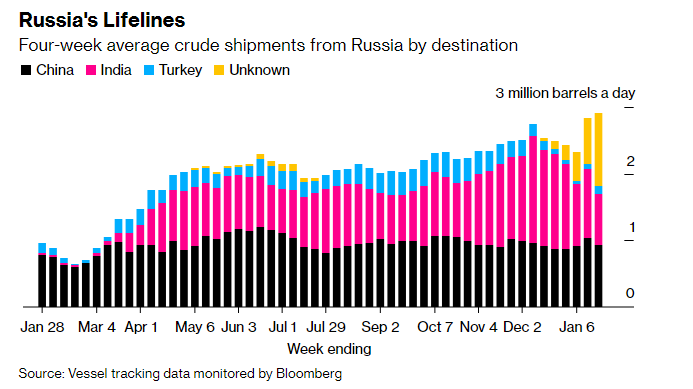 Moses Sternstein@holymoses3d
Lol, we're going to need it, if we're going to keep energy prices within tolerable bounds. Who are the lucky unknowns? Is that the repackaged Malaysian oil I was reading about?