Dissecting the Markets@dissectmarketsJuly 28
$20.2m follower assets
After playing with the log chart on $SE
Maybe it might be time to look into a possible case for buying the dip on $SE, a former growth darling among investors. 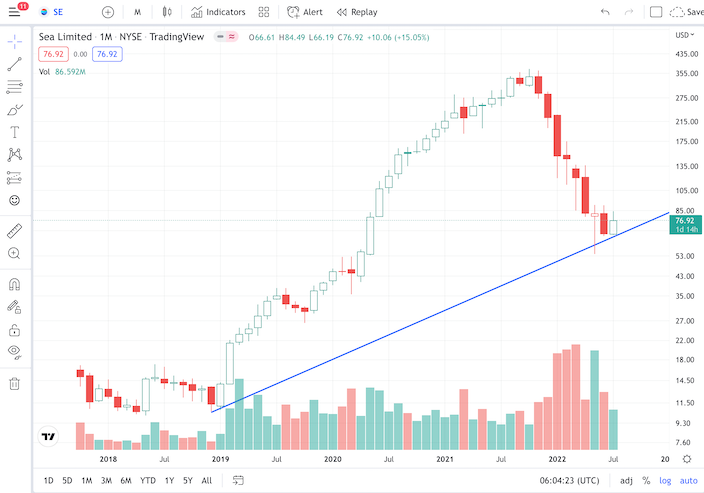 One could say that the adoption rate for e-commerce is slowing and that its leaders are currently on sale. $AMZN, a company that looks like a compelling buy through the log chart, is an e-commerce leader that many bargain hunters are pouncing on.
$SE is another e-commerce leader that is dominating the Southeast Asia region and is competing fiercely in Latin America against $MELI.
For June 2022, the profit driver for Sea Ltd., Garena Free Fire, continues to be the most downloaded game on the Google Play store while being the second most downloaded game overall for the month. With more downloads, there are more users. And with more users, there are going to be more people paying for the game. 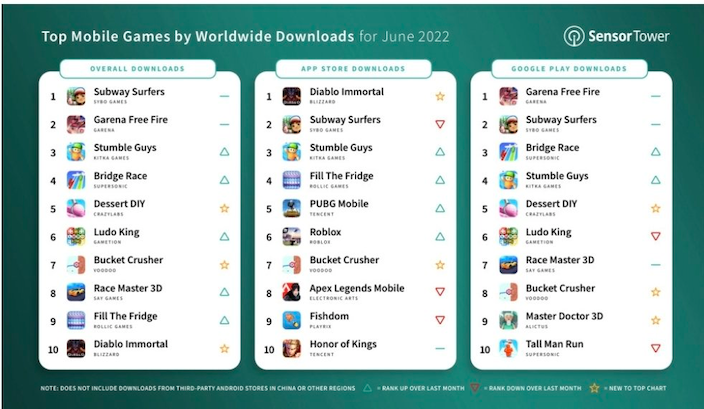 And despite the e-commerce slowdown, Shopee, Sea Ltd.'s e-commerce app, was the second most downloaded shopping app in the first half of 2022. They're having more downloads than Amazon, Alibaba, and Mercadolibre. 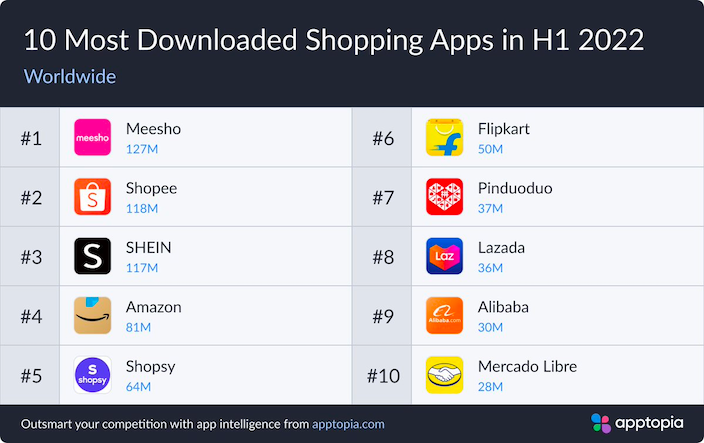 Some will say that with Shein seeing a massive cut in its valuation, Shopee could be seeing something similar. I'd argue that might not be the case because Shein has seen its growth being described as "out of control" and because of it, the ups and downs of its business will be extreme. As for Shopee, its growth is more along the lines of "slow and steady" despite the fact that Sea Ltd. has been using its gaming profits to subsidize its e-commerce expansion.
Maybe it's worth considering buying the dip on $SE.

Shein Private Bids Imply $30 Billion Valuation Drop Since April, Sources Say
Investors looking to sell stakes in Shein are evaluating bids at discounts of about 30% to its $100 billion valuation in April, according to people familiar with the matter, amid concern about the Ch...
Bloomberg.com

Conor Mac@investmenttalkJuly 28
@reasonableyield Came here to say this, sentiment amongst retail appears to be non existent like it was at $300+ per share. Probably the best time to get in, for those who actually want to get in.

Irish Born Investor@irishJuly 28
From a technical standpoint I think the $54 low area was a pretty decent place for a person to have a go at this if that way inclined. It was the area for the large breakout in 2020 and the beginning of it's incredible run. Personally I think right now it's in no mans land some what, I would prefer to wait for it to be over $90 at least before considering a position. It is currently underperforming the market even in the short term. (See SPX vs White Line SE on chart) which isn't a good sign. Other names that were killed in the tech collapse are showing a lot more life. This stock could hold the low of $54 but it could just as easily roll over to the $35 area.
The bagholder resistance to work through to the upside on this is massive. 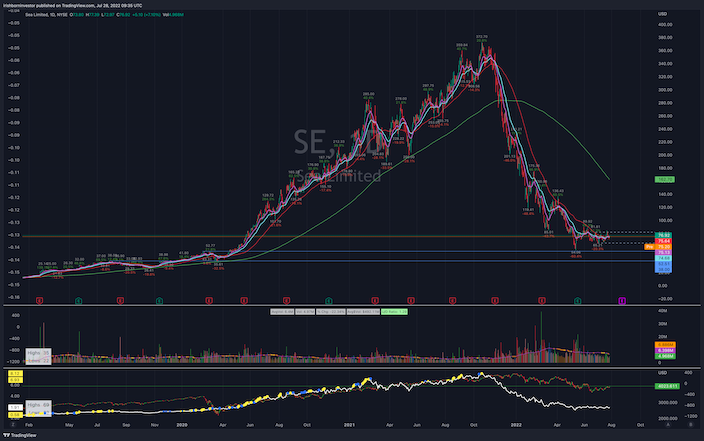 Dissecting the Markets@dissectmarketsJuly 29
Author
@irish hmm, we shall see if the logarithmic chart still holds. If not, then you're right.

Abstract Investor@abstractJuly 29
For me, a lot of the bull thesis relies on prudent cash management from here on out. Free Fire has been the money maker, and it’s been losing prominence in the app charts for a long long time. Still have 5B in cash thanks to that amazingly timed capital raise in 2021. Meanwhile, Grab and GoTo suffering a bit ought to help Shopee get profitable quickly in most SE Asian geographies.

Scott Rutter@sixers03July 29
Gaming profits are drying up and they are no longer cash flow positive as a result. I think they tried to expand too fast, they already had to exit India and I think they'll have to exit Latin America as well as they have not done very well there. If the stock goes up it will be met with significant stock dilution, so I don't see much upside right now.
I rode this stock up from about 30 pre pandemic to 280. I told myself I'd get back in at 150, then 100, then 80, and I just have not pulled the trigger. I didn't expect gaming profits to erode so quickly. It's staying on the watch list for now.