Dissecting the Markets@dissectmarketsJanuary 20
$99.7m follower assets
WallStBets didn’t save the theater industry, Avatar 2 did
You need to hear me out before you jump to conclusions. Read through the end to understand the source of the perspective.

When COVID struck, theaters saw themselves going from generating revenue daily to generating no revenue for 3+ months. COVID restrictions varied by city, county, state, nation, etc. Overall, it was expected that theaters would have a sluggish rebound.
What made COVID’s effects on the theater industry more acute than on the airline industry was that theaters were already in a decline even before the pandemic and lockdowns. The introduction of streaming made people question the value of going to the movie theater when they can wait for a bit of time and watch the movie at home.
No need for expensive movie ticket, booking the right seat, and paying a lot for snacks that you can buy at a lower price at Walmart.
From March 2020 until the beginning of January, movie theaters, whether publicly traded like $AMC or privately held, has to buy patience from their creditors. Since they came into the pandemic already with terrible liquidity, they really needed to buy time with their creditors. 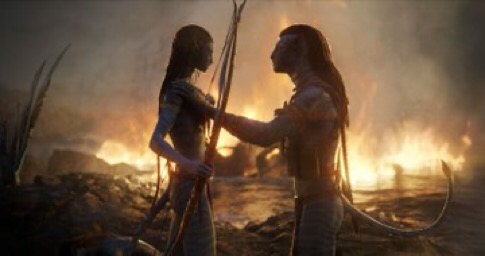 Since Disney had Disney+, creditors questioned whether Spider-Man: No Way Home would be released in theaters or on the streaming platform. $DIS saw big sales when it sold premier access to Mulan on Disney+ for $30 (they generated $270 million) in 2020 and it wouldn’t be surprising if Disney decides to do the same with Spider-Man: No Way Home. At least Disney gets all the money and doesn’t need to share it with anyone else.
But then, the theaters saw Avatar 2. The first Avatar movie had strong IMAX 3D sales. Being the highest grossing film in the world (even to this day), it wouldn’t be surprising if that success was replicated.
Those who remembered how great it was watching it in theaters back in 2009 will surely want to see the second movie. That’s a massive population size GUARANTEED to watch Avatar 2.
While many have carried low expectations of Avatar 2’s box office performance throughout 2022, back in 2020 when people debated the future existence of movie theaters, expectations for Avatar 2 were very high.
These high expectations made it easier for movie theaters to negotiate more flexible terms with their existing debt. Those with higher appetite for risk were willing to refinance the debts owned by impatient creditors.
Sure, WallStBets allowed AMC executives to cash out at “once in a lifetime” prices and gave the company attractive prices to dilute shareholders. That cash does help buy more patience with creditors. But their help came much later.
What you’ve read here is the perspective that a professional, who has helped theater companies survive the pandemic at their worst, told me. I don’t know how big or small the theater companies he helped were. It’s definitely not AMC that he’s ever dealt with. Who knows what country these theaters operated in. To emphasize the point, Avatar 2 was, arguably, one of or even the biggest thing that helped theater companies buy patience from their creditors when the pandemic was at its worst when it comes to economic toll.
In times of strong uncertainty, Avatar 2 brought the most certainty. Avatar 2 was the “light at end of the tunnel” for the entire industry, globally.
After following Avatar 2’s box office sales and to this day, continuing to hear more people see it for the first time and others complaining how their local IMAX theater continues to be packed with people wanting to see Avatar 2, it’s clear that Avatar 2 is the “light at the end of the tunnel.”
Especially at this month, when the theaters were supposed to be slow, theaters are unusually doing better than average. During MLK Jr. weekend, the top 5 box office films generated more than $10 million EACH. The last time we ever saw that on a January was back in 2017, probably.
Maybe Avatar 2 did remind people of how great the cinematic experience is. Maybe that’s why people have been more willing to see other movies of other genres since a few weeks after Avatar 2’s release.
It’s mind blowing to think that during the peak of the 2020 economic pain, there were people who accurately predicted that Avatar 2 was the theater industry’s “light at the end of the tunnel” and that without James Cameron’s perfectly timed delay, things could’ve turned for the worst.
Could this make for a great book idea for Michael Lewis? Personally, I’d think he’d struggle to find tons of content to formulate a 200+ page book about it.
It’s a small and underrated story. But it has blown your mind and given you a new and highly unique perspective. 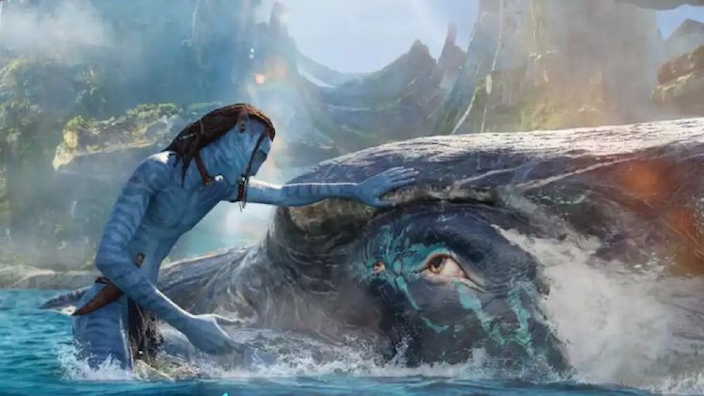 Nathan Worden@nathanworden6d
Things could have gone very differently if Avatar 2 had been released earlier. Very impressed at James Cameron's sense of timing!