Dissecting the Markets@dissectmarketsJanuary 13
$99.7m follower assets
An unexpected update on Avatar 2 box office sales
https://commonstock.com/post/0b2e050f-1e32-466a-95d1-46565a2a01ae by @dissectmarkets
The return to CommonStock is unexpected. Read this memo to learn more about how Dissecting the Markets will create content going forward.
Last weekend, I saw Avatar 2 (again) in IMAX 3D (again). Though I wasn't able to replicate the amazing feelings I had from watching the movie for the first time, I will note that getting tickets for a movie that has been in theaters for over 3 weeks has been unusually tough. The theater was crowded and nearly everyone in the cinema went there to see Avatar 2.
From the box office chart perspective, even if we've seen a significant decay in daily box office sales, the film continues to generate $3 million+ in box office sales daily, which further emphasizes the staying power of the film. 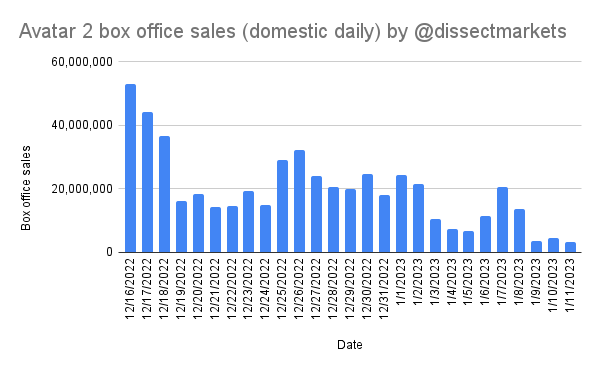 When looking back at Avatar 1, the film performed stronger during that same period after its inception with daily box office sales amounting to over $4.5 million. This can be seen in the chart below. 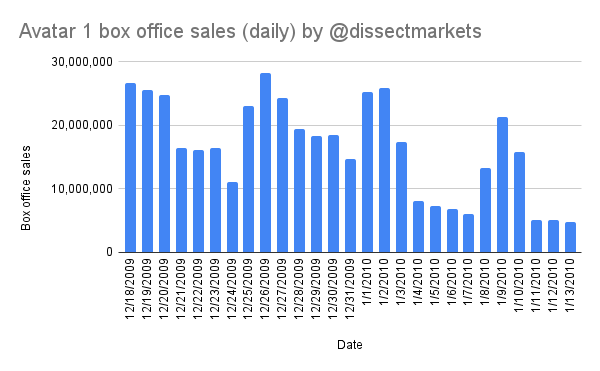 Noteworthy developments:
Other things to consider:

From a bigger-picture perspective, this is how well Avatar 2 has performed at the box office compared to other popular films. Who knows, maybe Avatar 2 will act similarly to Frozen 2, which generated a lot more box office sales than its first movie, Frozen. 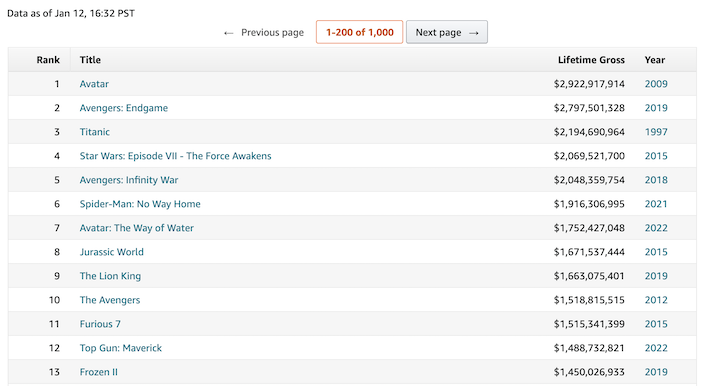 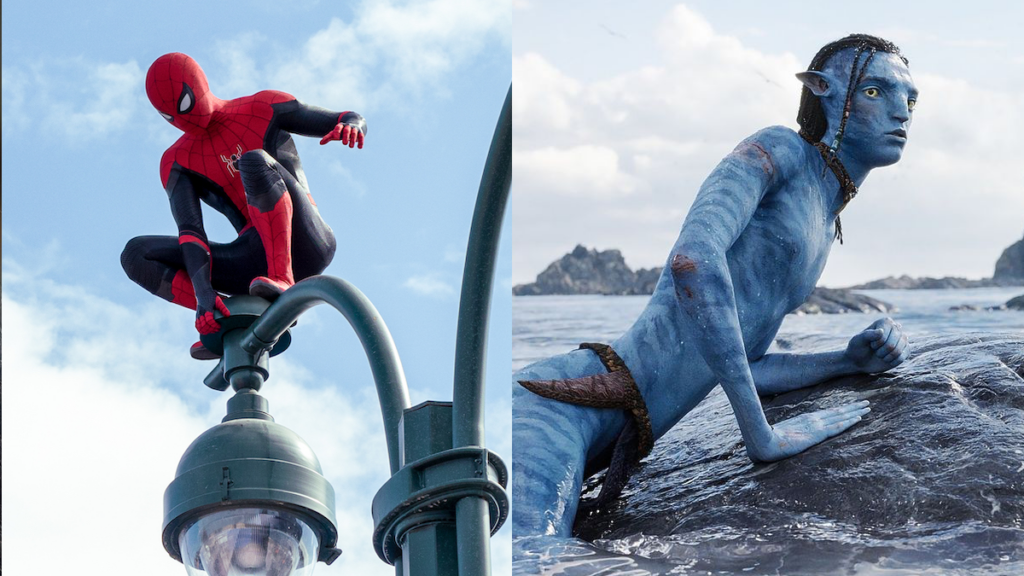 www.yahoo.com
‘Avatar 2’ Sets Sights on Next Box Office Target: Beating ‘Spider-Man: No Way Home’
"The Way of Water" could become the pandemic era's top grossing film as early as Sunday

Doug Helton@dougheltonJanuary 13
Cool to hear from someone who is keeping an eye on theater attendance (and going and seeing the film in person again). Top notch reporting.

Nathan Worden@nathanwordenJanuary 13
Permission from the Chinese to extend the theatrical release is a big deal!