Jennifer@jennymanydots6d
$14.8m follower assets
Copper Fundamentals vs Macro
Copper is facing headwinds in the second half of 2022, broker RBC suggests but the longer-term outlook remains solid.
“Investors should remember that Fed-induced slowdowns are simply a short-term abatement of the symptom -- inflation -- and not a cure for the problem -- underinvestment,” Goldman Sachs Group Inc. said in a note. 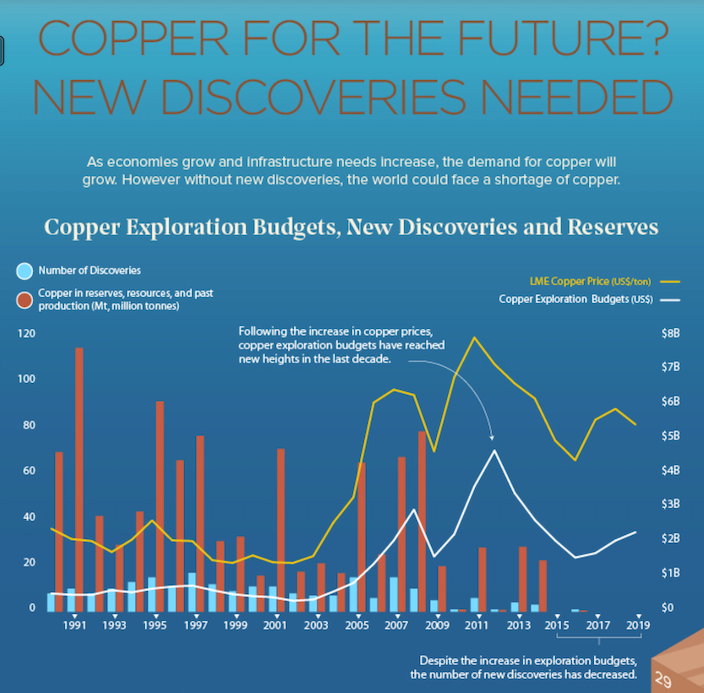 Slowing global growth as the world deal with high inflation and tightening monetary policy is the main hurdle suggests the broker, though stocks are low by historic standards, which will provide an offset.
Demand growth from electrification and expected deficits further will also provide some support as well as renewed stimulus measures in China, though here the challenges in the property market, one of the main users of copper, might limit the impact.
As economies grow and infrastructure needs increase, the demand for copper will grow. However, without new discoveries and sources of production, the world could face a shortage of the red metal.
According to data from S&P and the LME, the discovery of copper has not kept up with investment in copper exploration. If this trend persists, there will not be enough copper to replace current resources. On top of this, production from already producing copper mines face resource exhaustion and declining grades.
In order to maintain copper’s supply chain, the world needs new copper discoveries to ensure everyone has access to the materials and products that make modern life. 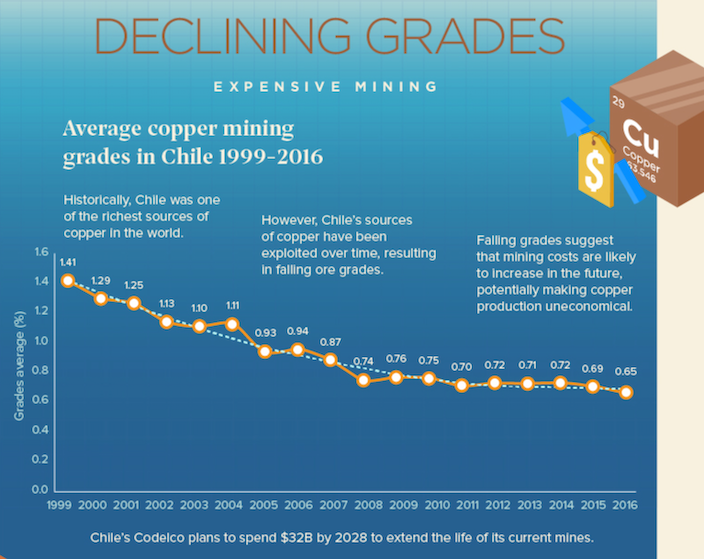 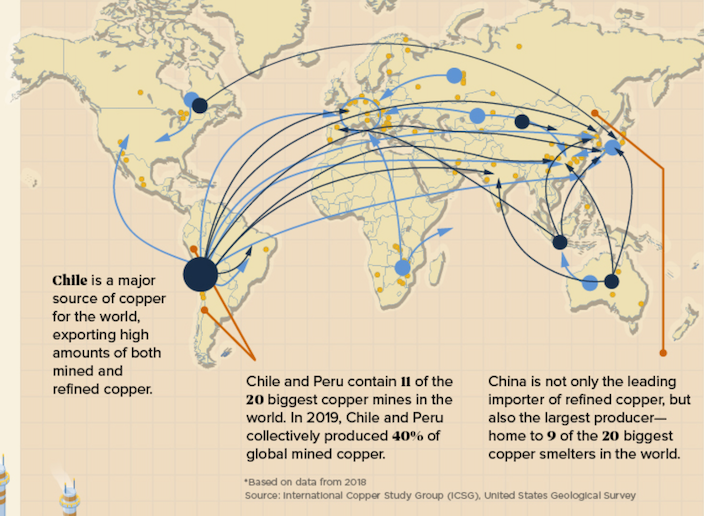 https://news.metal.com/newscontent/101869119/smm-evening-comments-jun-22-shanghai-nonferrous-metals-closed-mixed-with-bears-dominating-the-market
The world’s copper consumption has climbed to 20 million tons today from 9 million in 1995. The development of more electric products such as electric vehicles coupled with the global appeal for a more sustainable energy mix to replace fossil fuels, will quickly shift demand to 35 million tons in 2030, while the maximum extraction capacity is currently 22 million tons. The existing copper mines simply cannot sustain the demand.
The establishment of new copper mines currently takes eight years from the beginning of the permitting process to the go-live of the mine, and the backlog for copper dependent products will only grow.
https://www.benzinga.com/markets/22/06/27743360/its-time-to-recycle-now-or-face-breadlines-for-copper
https://www.proactiveinvestors.co.uk/companies/news/984104/copper-faces-headwinds-in-the-short-term-but-fundamentals-solid-suggests-rbc-984104.html
https://www.mining.com/chile-copper-workers-begin-nationwide-strike-over-smelter-closure/

Jensen Butler@jensen6d
Thank you for this! Copper is a very interesting play, have been doing some reading on it lately. I'm not huge into commodity plays other than keeping a pulse for broad market thesis across asset classes, but do currently have a small Uranium position.

Jennifer@jennymanydots6d
Author
@jensen Thank you for the comment & you're welcome; recession or not, I remain a long term copper bull. GoRozen has a free download that's an absolute must-read for anyone interested in the commodity:
https://info.gorozen.com/2021-q1-market-commentary-problems-with-copper
I covered their report, as well as other strong indicators as to where the metal is headed in my 'Case for the Copper Bull' post on May 3.
Goldman Sachs states copper prices could go "ballistic":
https://www.theglobeandmail.com/investing/investment-ideas/article-why-this-metal-may-see-an-absolutely-ballistic-price-spike-plus/
My top three commodity plays outside of energy are copper, nickel, and vanadium. Cheers!