Nathan Worden@nathanworden01/18/2021
$333m follower assets
A Crack In Creation: Prologue
I'm currently reading "A Crack in Creation" by Jennifer Doudna in order to deepen my knowledge of the gene editing space.
Jennifer Doudna is a biochemist who has spent the majority of her career in the laboratory conducting research in the life sciences. She was awarded the 2020 Nobel Prize in Chemistry for her pioneering work in CRISPR gene editing.
I'll be posting my cliff-notes / takeaways in memos. If you're been exploring this space or have questions, feel free to chime in!
There's also a 'Genomics Revolution' channel on Commonstock if you want to join: https://share.commonstock.com/share?invite=RqCajG 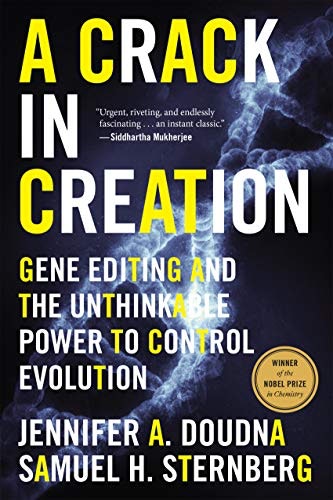 Prologue Cliffnotes
For billions of years, life progressed according to Darwin's theory of evolution: organisms developed through a series random genetic variations, some of which bestowed advantages in survival, competition, and reproduction.
When agriculture emerged ten thousand years ago, humans began biasing evolution through the selective breeding of plants and animals. But the starting material- the random DNA mutations which created genetic variations- was still generated spontaneously and randomly.
Now scientists have the tools to tinker with the DNA inside living cells, and can manipulate and rationally modify the genetic code that defines every species on the planet, including our own.
The newest and arguably most effective genetic engineering tool is called CRISPR-Cas9. It now makes an organism's entire DNA content, including all its genes, as editable as a simple piece of text.
As long as the genetic code for a particular trait is known, scientists can use CRISPR to insert, edit or delete the associated gene in virtually any living plant or animal's genome.
The implications are awe-inspiring as well as frighting. Gene-editing experiments have produced disease-resistant rice, tomatoes that ripen more slowly and soybeans with healthier fat content. Scientists think it might be possible to "humanize" the DNA of pigs, giving rise to hopes that animals might someday serve as organ donors for humans. Scientists also hope to eventually eradicate mosquito-borne illnesses such as malaria and Zika.
In laboratory-grown human cells, this new gene-editing technology was used to correct the mutations responsible for cystic fibrosis, sickle cell disease, some forms of blindness, and severe combined immunodeficiency, among many other disorders.
CRISPR enables scientists to accomplish such feats by finding and fixing single incorrect letters of DNA out of the 3.2 billion letters that make up the human genome.
Although we have a a ways to go before CRISPR-based therapies will be widely available to human patients, their potential is clear. Gene editing holds the promise of life-changing treatments, and in some cases, lifesaving cures.
Read Chapter 1, Part 1 Cliff Notes >>

Ambrose@zebo01/19/2021
CRISPR is aiming to make genome-editing therapy, I don't know how the pricing work, was it $50 per gene or bp. But, if someone wants to correct a genetic disease affecting an organ. An organ (liver) has millions of cells. Won't the cost be very high to edit every cell?
Also, since an organ is made out of many layers and layers of cells. Could the drug affect deep into the organ?
Lab-grown cells are mostly monolayer. 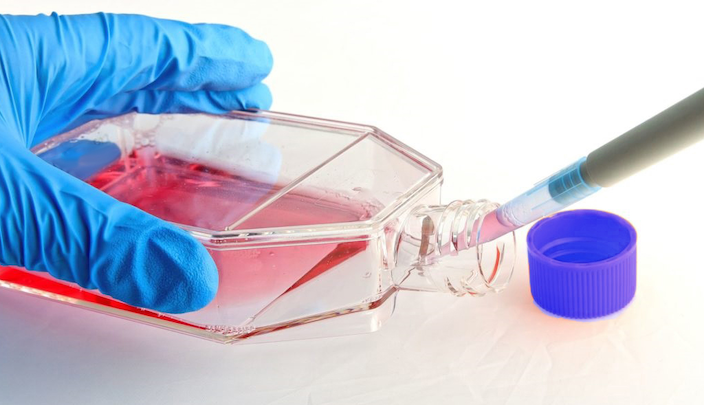 Picture of mammalian cell culture, cells attach themselves at the bottom of the bottle cell using cell attachment protein.
Not sure if they tested on a full-grown animal but I know those editing embryos, in theory, should work. But editing when tissues and organs are involved probably would be difficult.
I like where CRISPR is going, they start the therapy on a thin tissue called the retina at the back of the eye. Fewer cells to edit, a higher chance of success. But expecting to edit more cells than that, I don't think our current technology has the ability.

Nathan Worden@nathanworden01/19/2021
Author
Yeah I'm excited to keep reading this book and see what Doudna says about editing millions of cells.
They gave one example in Chapter 1 where a patient had a disease called WHIM (a painful, potentially deadly immunodeficiency disease). She experienced an uncommon and usually catastrophic event called chromothripsis where a chromosome suddenly shatters and is then repaired, leading to a massive rearrangement of the genes within it. (This happened naturally, not with gene editing)
The cell where the chromothripsis happened was a hematopoietic stem cell, a type of stem cell from which every kind of blood cell in the body originates and that has an almost unlimited potential to proliferate and self-renew. That cell passed along its rearranged chromosome to all its daughter cells, eventually repopulating Kim's entire immune system with health new white blood cells that were free of the CXCR4 mutation.
So maybe the hope is to edit stem cells that will proliferate throughout the body, rather than trying to edit cells one by one, which would be cost and time prohibitive. @zebo

Josh Worden@worden.josh01/19/2021
Do you know why pigs were the ones who the scientists hoped to “humanize” the DNA for- as opposed to more expected options (at least to me) like monkeys/gorillas? Or maybe pigs were just one example? I didn’t think we had as much in common with pigs (other than when I’m eating ice cream, course, then I’m 99% pig)

Nathan Worden@nathanworden01/19/2021
Author
Looks like pigs are favored over primates because: