Edmund Simms@valuablNovember 15
$29.3m follower assets
Valuabl explains: the link between central bank assets and interest rates
The central bank's balance sheet and interest rates are two sides of the same coin. To translate monetary policy, you must understand how the modern banking system works.
Here's an explanation in plain English.
••• 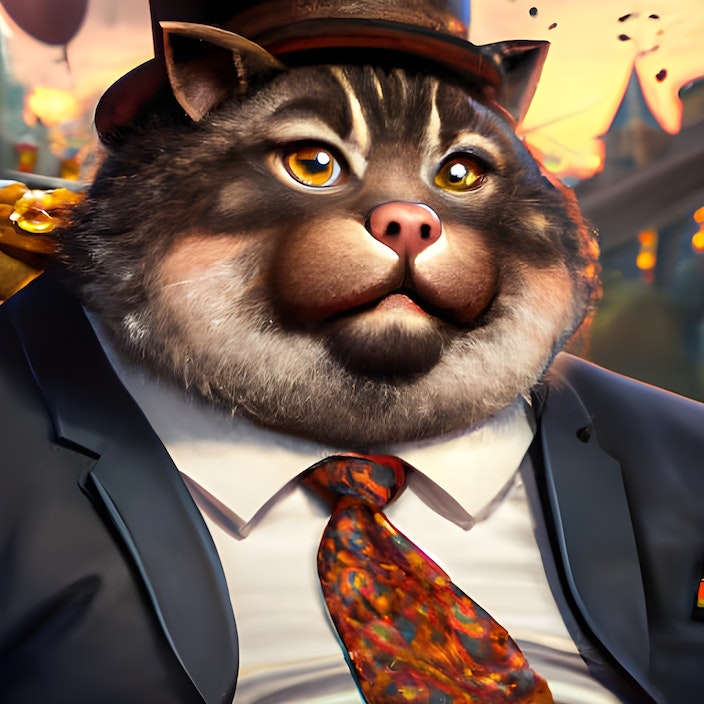 "Fat cat banker", created by DALL∙E 2
When you send money to a friend, your bank sends it from your account to hers. The numbers in your account go down by the same amount hers goes up.
If you and your friend use the same bank, the transfer is simple: one account to the other. But if you use different banks, your bank will send the money to your mate's bank, which will then pop this money into her account.
But your banker didn't pack up the cash and post it to your friend—they did a digital transfer. Your bank transfers money from their account at the central bank to the other's central bank account. This is called an interbank transaction.
Thousands of these interbank transfers happen every hour. To simplify the process, they do one big transaction at the end of the day instead of as they happen. If two banks owe money to each other, they only transfer the difference between what is owed at the end of the day.
The money in banks' accounts at the central bank is called reserves. Lawmakers make banks keep enough reserves to ensure that the end-of-day settlement can happen smoothly. But if a bank needs more reserves than it has, it can borrow these excess reserves overnight from another bank with too many, so the tab gets paid. The more excess reserves that all banks have, the lower the rate they will charge other banks to borrow them, and vice versa.
These overnight loans are as close to risk-free as it gets—big banks are well-capitalised, the loans are short-term, and the government guarantees most deposits. So, banks compare all other loans to that overnight interbank rate. If a bank can get 3% lending its reserves to other banks, why would they lend on a credit card at 3%? This creates an interest rate floor.
The central bank will mould banks' total excess reserves to control the interest rate. They increase excess reserves to lower the interest rate and reduce them to raise rates. The central bank will trade bonds for bank reserves to do this.
To lower interest rates, the central bank will put more reserves out there by buying bonds from banks and paying them with reserves. More bonds mean a larger balance sheet. But to cut reserves and raise interest rates, the central bank will sell bonds to the banks and erase the reserves it gets in return—reducing the central bank's assets.
“Every banker knows that if he has to prove he is worthy of credit, in fact his credit is gone.” — Walter Bagehot.