Paul Cerro@paulcerro1d
$37.6m follower assets
Brands boosted their spending on Walmart Connect in Q4
The data: Walmart Connect, the retail giant’s ad tech platform, made big strides in Q4, according to a new report by Pacvue.
Building a sizable revenue stream: Walmart has been on a pronounced push to build up its fledgling retail media business and distinguish itself from the vast number of retail media networks competing in a growing market. For example, last year it established a second-price auction model for its ads (under which the highest bidder pays just one cent more than the second-highest bid), a move that helped reduce its average CPC and improve its return on ad spend. 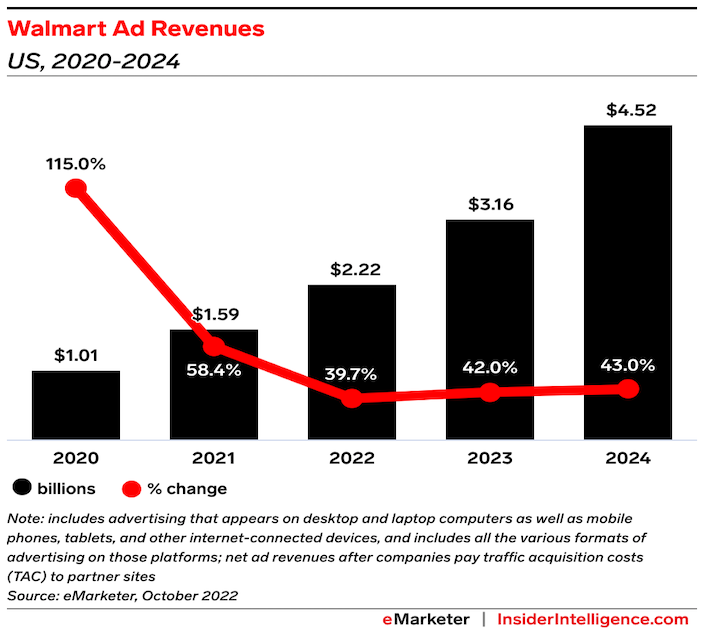 The big takeaway: Walmart Connect’s strong Q4 reflects several key decisions the retailer made throughout last year, most notably its introduction of the second-price auction model to reassure brands they aren’t bidding against themselves or overpaying for impressions.