Jennifer@jennymanydotsJune 10
$14.9m follower assets
Hydrogen Century & Denial of the Billionaires
(Note: I realized after posting this that I made a poor choice for the title. The billionaires aren’t denying the future of hydrogen, but I see investors denying the vision of the billionaires!)
“The hydrogen economy is opening soon at a theatre near you,” - Robert Friedland
​
“The world does have a choice. It's green energy, green ammonia, and green hydrogen. These are all made from renewable electricity and can answer 100% of the global economy's energy needs. Now's the time to kick it in.” - Andrew Forrest
​
​
I am not a billionaire. I am not a millionaire (working on it!). I like to ask myself how successful people arrived at their place in life (Recommended read: Outliers by Malcolm Gladwell), and I believe it serves me well to watch what they do because they succeeded for a reason. One of those reasons: vision. They see what will be before the ordinary person does. So when billionaires Andrew Forrest & Robert Friedland are placing their billion dollar bets on a future that involves hydrogen & vanadium, I will follow their lead.
​
$NXH.V is my hydrogen pick DYODD:
​
https://www.miningweekly.com/article/nows-the-time-for-full-energy-freedom-says-green-hydrogen-stalwart-andrew-forrest-2022-03-17
​
Iron-ore billionaire Andrew Forrest unveils 15GW green hydrogen project in Argentina
https://www.rechargenews.com/energy-transition/iron-ore-billionaire-andrew-forrest-unveils-15gw-green-hydrogen-project-in-argentina/2-1-1093693
​
​
Australian miner Fortescue Metals' (FMG.AX) newly-announced deal to supply green hydrogen to Germany is just the start as the rest of the world will catch up with Europe's lead.
He said he believed that by around 2025, hydrogen would start being widely used to replace oil, coal and gas and by industry, such as steelmaking.
Fortescue, the world's No. 4 producer of iron ore, used to make steel, is seeking to transform itself into a green energy company.
https://www.reuters.com/business/energy/fortescues-forrest-says-german-hydrogen-deal-is-just-start-2022-01-17/
​
Dr Forrest said Fortescue’s green energy and green hydrogen projects in Africa were not confined to the DRC and included projects in Kenya and Ethiopia, with investors and financiers already indicating a willingness to commit more than $US100 billion.
https://www.afr.com/companies/energy/andrew-forrest-s-100b-congo-power-play-20210612-p580i3#:~:text=Fortescue%20Metals%20Group%20chairman%20Andrew,troubled%20Democratic%20Republic%20of%20Congo.
​
​
Robert Friedland: ‘World economy can’t change unless we develop a lot more mines’
​
https://www.mining.com/mining-indaba-robert-friedlands-revenge-of-the-miners/
​
Currently have $VONE.V & $SR.V in my portfolio for vanadium as I believe the future of renewables includes vanadium redox flow batteries, see Robert Friedland's company www.vrbenergy.com.
​
DYODD :) 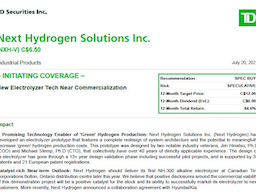