Stock Metal Investment@stonkmetal1d
$6m follower assets
Goodwill
I just read a great german article about goodwill and how many companies have incredibly high goodwill. This can be a sign of bad M&A (overpaying for acquisitions). The example used in the article looked devastating and only looked at the German DAX index. So I decided to check for my own portfolio and I have to say I like what I see: No company above 30% of marketcap in goodwill. Outliers are $CRM, $ZBRA and $DHR, but still with a good percentage given their heavy M&A focus. $CNSWF continues to be a beast, only having 1.8% Goodwill AS A M&A FOCUSED COMPANY!

Sachiv@passiveinvestor1d
No correlation between recent performance and goodwill though it seems. It may have more of a link to longer term performance…?
View 3 more comments

Stock Metal Investment@stonkmetalMay 12
$6m follower assets
What are you adding to this week in all this carnage?
I got some free cash on my broker. Definitely adding to $AMZN, probably also $CNSWF and $ASML. $ADBE $DHR $CRM $DPZ $VEEV are also interesting.
Rihard Jarc@rihardjarcMay 12
$AMZN on top of my list too. Cloud computing probably the biggest and most profitable industry in the next 10 years.
View 6 more comments

Stock Metal Investment@stonkmetalMay 3
$6m follower assets
Portfolio update
In April I continued to add more money into my high convictions.
My top 5 positions now account for 48% of my portfolio ($GOOG, $AMZN, $CNSWF, $ASML, $TXN). My top 10 are 75% of my portfolio.
I also sold $TDOC last week after I lost all faith in this management team. 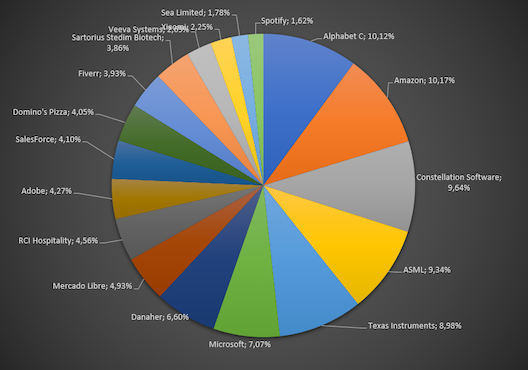 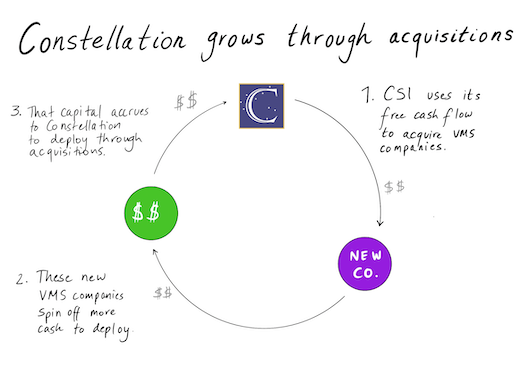 Stock Metal Investment@stonkmetalApril 15
$6m follower assets
3 Reasons to own $CNSWF / $CSU.TO
Fifth day of my "3 reasons to own" series, today with one of my favorite companies: Constellation Software.
1st reason: THE BEARD! Do I need say more for you to invest ? Just look at it!
On a more serious note, Founder and CEO Mark Leonard is a textbook Outsider CEO(from William Thorndikes Outsider Framework). This 2 meter giant worked as a gravedigger and was a rugby player before going into Private Equity. He then realised that PE isn't for him and wanted to persue the very attractive VMS opportunity and founded Constellation Software with a $25 million dollar investment. Since IPO in 2007, Constellation has been over a 100-bagger. Mark Leonards letters to shareholders are some of the best pieces of investment literature out there and I highly encourage reading all of them.
2nd reason: $CNSWF is a serial acquirer of Vertical Market Software companies. This means they are after monopolistic market leaders in very small niche markets (under $50 million TAM most of the time), with sticky products and high cash flows. These companies don't grow much, but they don't have to. Constellation scaled their M&A activities to unheard of levels. At a $35 billion dollar valuation they STILL acquire companies with 10 employees! They own over 500 VMS companies and intend to own them FOREVER. Last year they acquired over 100 companies and this year in Q1 they already invested around $1 billion into new acquisitions.
3rd reason: Constellation recently announced a new venture capital fund that focuses on giving existing CSI employees the opportunity to start a VMS company and get seed funding from CSI. They noticed that some of their best people tend to leave, because they have a higher drive than just working in a company. They want to build something from the ground up. So rather than letting those people go, CSI can give them the opportunity to grow as part of CSI.
I hope I could outline why I put a good chunk of my money with Canadian Wallstreet Gandalf. I'll be back tomorrow with "3 Reasons to own $DHR". Cheers! 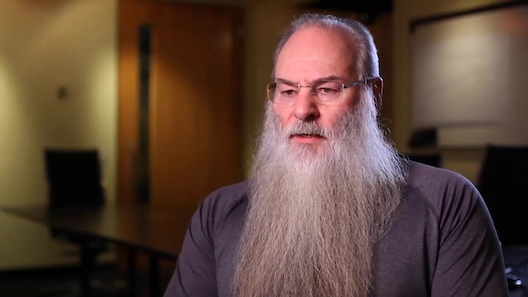 Chris Salonia
@chrisiskingx
74 days
Commonstock is a social network that amplifies the knowledge of the best investors, verified by actual track records for signal over noise. Community members can link their existing brokerage accounts and share their real time portfolio, performance and trades (by percent only, dollar amounts never shared). Commonstock is not a brokerage, but a social layer on top of existing brokerages helping to create more engaged and informed investors.