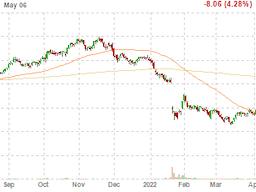 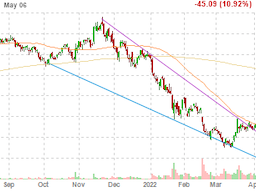 Dissecting the Markets@dissectmarketsFebruary 15
$3.7m follower assets
Commercial viability is hitting EV stocks hard
$RIVN has been on the front pages of newspapers over the past couple of days as journalists report the production issues that the company faces in building out their vehicles.
At the same time, other companies like $ARVL $LCID, and so on have also experienced growing pains and investors are getting pessimistic with them as well.
$FSR and $NKLA stand out because their business model mostly relies on outsourcing the capex heavy activities to other manufacturers like $MGA and $CNHI. Plus, Nikola Motors already delivered the first-ever electric truck.
$GGPI had their SuperBowl commercial and I wouldn't be surprised if many people ordered a Polestar vehicle (or at least considered buying one) after watching the big game.
I do have confidence that Rivian and Lucid will make it through the growing pains because there's already immense demand for their vehicles from wealthy individuals. As for both Rivian and Arrival, they both have a ton of orders from B2B customers.
With the abundance of capital in this market, many investors have more tolerance for growing pains. Also, many on Wall St. are willing to inject more capital into these startups as a way to get them ready to capitalize on the high car prices ASAP. The chip shortage does stand in the way of commercialization, and I have confidence that things will get better on that end.
$TSLA might be dominating today, but in the future, their competitors will provide a ton of competitive pressure on them. Maybe Jim Cramer will be wrong and Rivian does become the next Tesla.

Cramer's lightning round: I don't think Rivian will be the next Tesla
"Mad Money" host Jim Cramer rings the lightning round bell, which means he's giving his answers to callers' stock questions at rapid speed.
CNBC

Taylor@taylorsulik09/18/2021
$94.6m follower assets
New position in RKLB
Rocket Lab USA at $15.55
09/17/2021
1 of 4
Are SPACs Back? My thoughts on a SPAC Picker’s Market.
Since SPAC sentiment hit it’s peak in February with the announcement of the CCIV and $LCID merger, it has been quite popular for mainstream financial media and financial Twitter alike to bash SPACs, and for good reason. Companies like $NKLA, $RIDE and $MNTS have left a sour taste in the mouth of investors for promising massive growth opportunities and downright lying in same cases. However, just like it has been a stock pickers market for all of 2021, I believe that there are absolutely some diamonds in the rough within the SPAC ecosystem.
Four companies I like moving forward include: $MP (Complete de-SPAC) $LCID (Recently went through PIPE sell off), $ASTR and $RKLB. These companies represent the various stages of a SPAC life cycle and offer very different investing/trading opportunities.
$MP is a rare earth materials mining company located in Las Vegas, Nevada that owns and operates the Mountain Pass Mine, the only currently operation rare earth minerals mine in the Western Hemisphere. MP Materials looks to grow the rare earth materials supply chain and return it to the United States after China has taken over 90% of the worlds supply chain. With the adoption of batteries for electric vehicles, increased use of wind turbines and other applications, look for this $6 billion dollar market cap company continue to make moves to the upside. Current analyst price target average: $45 (32% upside)
$LCID Lucid Motors is most certainly a household name for all investors by this point, engulfing retail traders in excitement and anticipation for the announced merger with CCIV in February, after which coincided with the significant drop we saw at the end of February and into March. Consistently labeled as the $TSLA killer, Lucid has yet to deliver a single car. Rightly so, there are a lot of questions about its high valuation just over $37 billion. While $37 billion is a high valuation for a company with 0 deliveries (this will change in October with the first vehicles slated for delivery), $LCID, like $TSLA, is a technology company. Batteries in development currently have over a 500 mile range and there are talks about licensing and manufacturing these batteries for other legacy automakers looking to get involved in the EV trend. With deliveries incoming, there are many positive catalysts on the calendar over the next few months. Current analyst price target average: $28 (22% upside)
$ASTR is a company I made a post on recently, with its recent earnings report along with its first commercial launch conducted for the DOD and Space Force. While the launch was not a complete success, getting to space is extremely difficult. I believe that the space sector of the market will only continue to grow its important and prevalence in our society. With possible contracts in the pipeline and a successful commercial launch on the horizon this stock has the ability to move. Current analyst price target average: $13 (36% upside - only one analyst initiated coverage)
Lastly, my current personal favorite - $RKLB. The only publicly traded direct competitor to SpaceX, Rocketlab has been named the “highest quality space asset to enter the public market so far.” With a proven track record of successful launches under its belt, $RKLB will look to continue building out its “Satellite-as-a-Service” business model along with its contracts with NASA and other government agencies. Perhaps most exciting is the mission planned to the moon for NASA’s Artemis mission later in 2021. With a rocket in development, the Neutron, a direct competitor to the Falcon 9, a mission to Venus and a mission to Mars, this company is a leader in the space sector. However, the lock up expiration period will end on the 22nd of September, so there may be movement to the downside over the short term. Yet, with missions planned for September 30th and throughout October, I will continue to DCA. Current analyst price target: $24 (37% upside)
Honorable SPAC Mentions:
$GGPI
$CND
$SRNG
$GNPK
$IRNT
$DM
$ARVL

Igli Laci@equitybreakdown02/07/2021
$86m follower assets
Arrival ($CIIC - $ARVL) Breakdown
The race has just started in the commercial electric vehicle space, and today we will break down, Arrival ($ARVL). The company is planning to become public through a reverse merger (SPAC) with CIIG Merger Group ($CIIC). I actually interviewed the CFO, Tim Holbrow, to also get some additional insights!
If you want to read the full breakdown, click here ➡️ Arrival Breakdown Substack
If you want to download my pdf report, you can click below ➡️
🔴Download Equity Breakdown Report
📖What is Arrival?
Arrival is aiming to revolutionize the electric vehicle industry with the production of commercial electric vans and buses. The company was founded in 2015 and personally funded by founder and CEO, Denis Sverdlov to transform the automotive industry. In stealth mode, the company patiently focused on amassing top tier human capital and building layers of intellectual properties across the manufacturing process. Fundamentally, leadership is focused in creating an ecosystem that transforms the design, assembly, and scale distribution of the electric vehicle industry.
📈Market Opportunity
The share of electric vehicle sales is expanding from 2.7% to 58% by 2040. This movement is accelerated by the advancement of technology, unit-economics, climate change commitments from automakers, and rising government policy pressures.
Arrival has decided to focus its business strategy within the commercial vehicle space in the EV industry. This focus is driven by two key variables that are impacting commerce: the rise of e-commerce and the willingness of large fleet owners such as UPS, Amazon, or governments to reduce carbon emissions and adopt vehicle electrification.
Digital Commerce 360 has reported that e-commerce accounted for 21% of retail sales in 2020 and 37% by 2024, making vans a critical component. Additionally, logistic based companies, governments, and other corporations have put policies in place to transform their fleets and reduce carbon emissions. The U.S. government has confirmed that they will transition all their fleet to electric. Additionally, cost will play a critical role in the transition of these fleets.
Realizing these trends, Arrival has positioned itself with three key components to lead the commercial vehicle market. 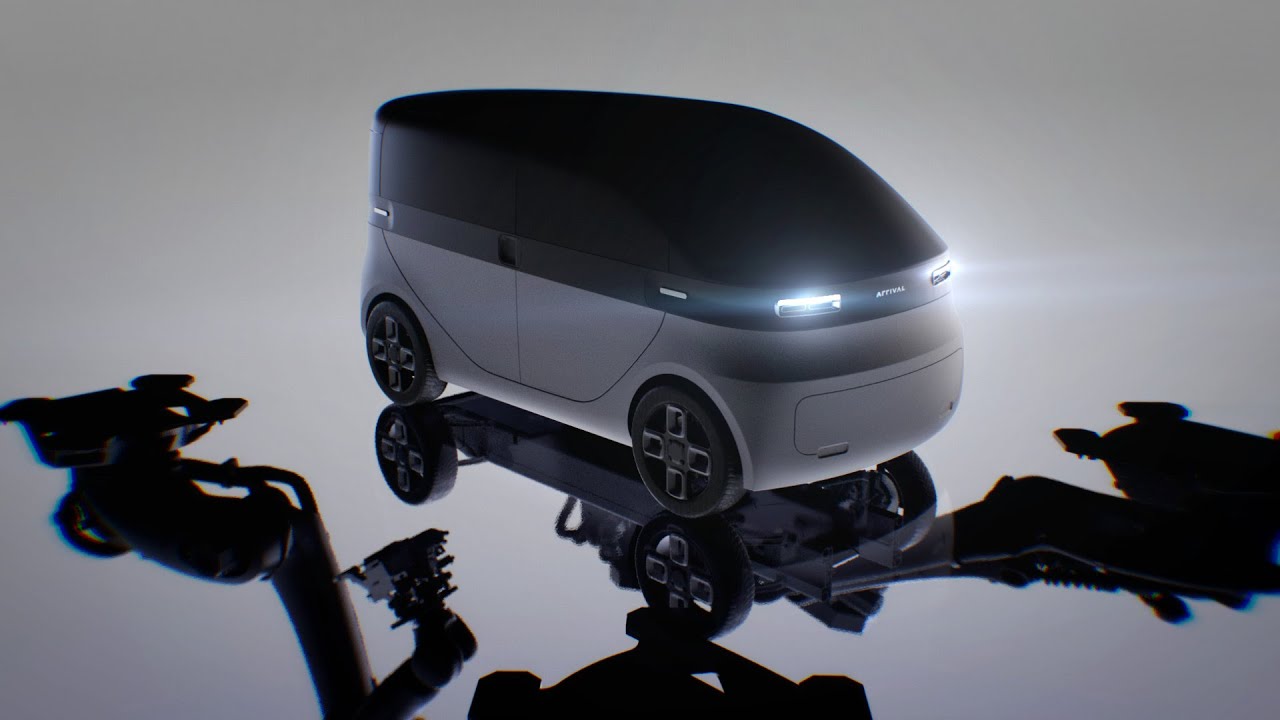 A Radical Approach to Making Electric Vehicles | The New Method | Arrival
Reimagining the products. Reinventing the process. Revolutionising the industry.Arrival is challenging the 100 year old automotive production process, by pro...
YouTube
Igli Laci@equitybreakdown02/07/2021
So they have two microfactories that they are in the process of completing. The CFO confirmed that the UK one will start production Q1 2022 and production in Q3 2022 for their vans that UPS has ordered.
The bus microfactory in South Carolina will be up and running a little earlier: open for operations in Q2 2021 and production in Q2 2022. They haven't confirmed who is currently buying these just yet but will make sure to follow any updated news.
View 7 more comments

Elisa Esteves
@eest
291 days
Commonstock is a social network that amplifies the knowledge of the best investors, verified by actual track records for signal over noise. Community members can link their existing brokerage accounts and share their real time portfolio, performance and trades (by percent only, dollar amounts never shared). Commonstock is not a brokerage, but a social layer on top of existing brokerages helping to create more engaged and informed investors.